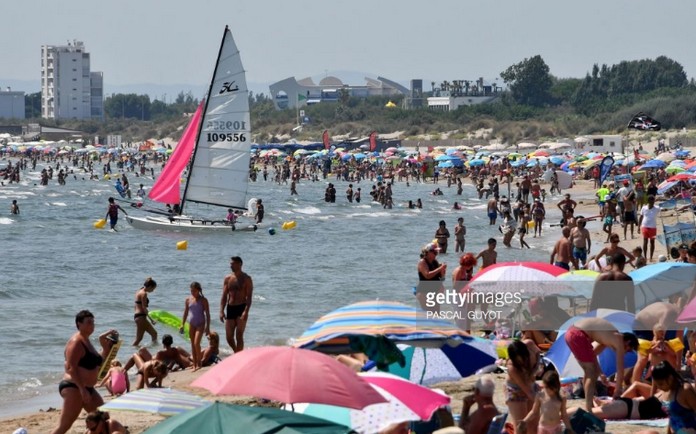 According to data from the National Oceanic and Atmospheric Administration (NOAA), 2018 is on pace to be the fourth hottest year ever on record.

The upward trend is not lost on experts, who say the rising temperature all around the World is a clear indicator of global warming. 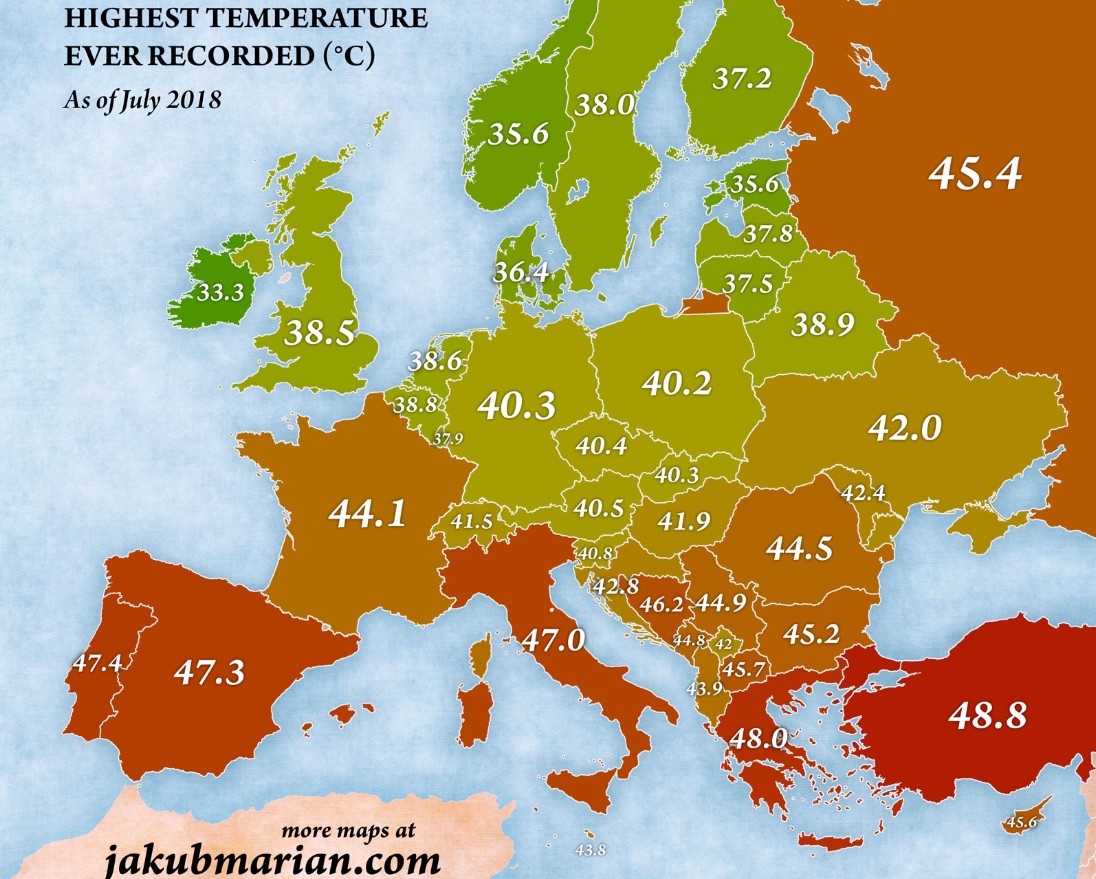 “The impacts of climate change are no longer subtle,” said Michael Mann, a climate scientist of the Earth System Science Center at Penn State University. “We are seeing them play out in real time in the form of unprecedented heat waves, floods, droughts and wildfires. And we’ve seen them all this summer,” 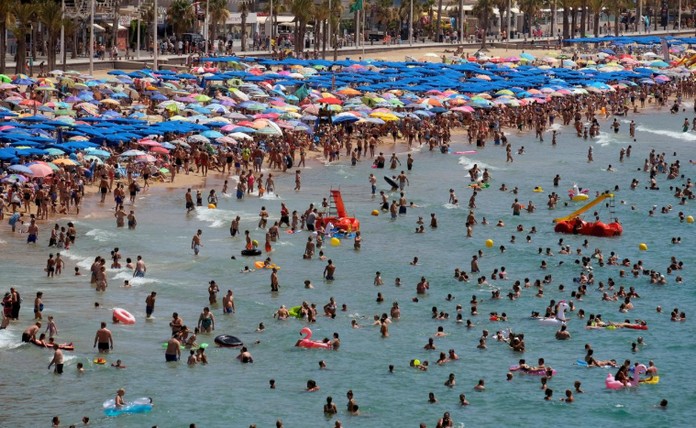 In comparison, the climate in Europe is fairly mild. The highest temperature was recorded in Athens, Greece, on 10 July 1977, with a measly 48.0 °C.

One thing to notice is the unexpectedly low record in Ireland. Ireland experiences a lack of temperature extremes compared to countries located at similar latitudes due to the influence of the Atlantic Ocean and the Gulf Stream, which keep it relatively cool in summer and relatively warm in winter…