A cable car taking visitors to a mountaintop view of some of northern Italy’s most picturesque lakes plunged to the ground, killing at least 13 people.

A group was riding in a Stresa-Mottarone cable car — which connects Lake Maggiore with the nearby Mottarone mountain — when it plunged into a wooded area. Three others, including two children, were also injured in the accident, the emergency officials said. Italy’s national fire brigade posted a photograph of the crash site on social media, which shows first responders surrounding the mangled cable car near broken trees and severed cables. The accident occurred when the cable snapped just as the cable car was completing the 20-min voyage from Lake Maggiore to the Mottarone station 1,491 meters above sea level. The cable broke 300 meters from the top of the mountain, according to local media ANSA. The car then crashed into a wooded area with no direct road access. 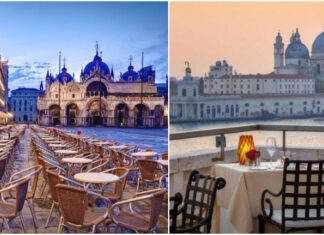