The City of Brussels has laid on a festival of Britishness to say goodbye to the UK, ahead of Brexit. The Belgian capital’s beautiful central square, the Grand Place, was lit up in Union Jack colours while bands played British music.

Busby-hatted redcoats were posted by the entrance of the city hall, while revellers posed for photographs with a replica red telephone box.

Brussels’ mayor Philippe Close jauntily urged Brits to “keep calm and stay welcome” in his city. “Whatever happens, the thousands of Britons who live in Bruxelles remain Brussels residents!” he said. Places celebrated included a tram interchange named after Winston Churchill, the metro station named after General Montgomery, and a tram stop named for Charles Darwin. Other stops on the network with British links incude Liverpool, Lancaster, and Engeland – which is Dutch for England. 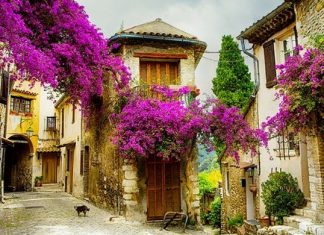 June 15, 2018
Italy is a museum of its own. With countless archaeological places and historic heritage Italy is a place that a lifetime won't be enough to explore it all...