Two Federal Protective Service officers were shot – one fatally – during Friday night protests in Oakland, California, as violent protests across the USA intensified over the killing of George Floyd.

At least 7,500 demonstrators took to the streets in Oakland last night, clashing with police and sparking arson attacks and vandalism across the city.

Meanwhile, a 19-year-old protester was shot dead in Detroit last night, while soldiers in North Carolina and in New York were ordered to be ready to move in within four hours and troops in Colorado and Kansas within 24 hours. 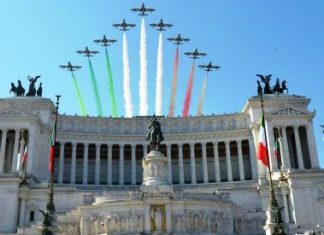