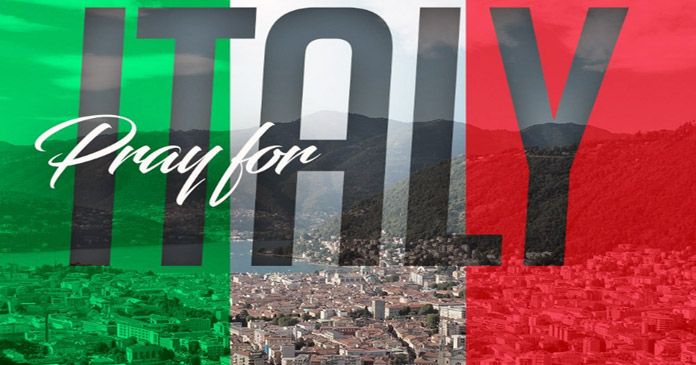 The Italian Army brought in to ferry coffins out of Bergamo, as its morgue and crematorium struggle to cope with the surge in fatalities from the pandemic. Italy’s largest daily toll was registered on Friday when 919 people died.

Prior to that, there were 712 deaths on Thursday, 683 on Wednesday, 743 on Tuesday and 602 on Monday. Italy has the second-highest number of cases, behind the United States. It surpassed China’s tally on Friday. Italy’s Prime Minister warned the European Union could ‘lose its purpose’ if it fails to respond strongly to coronavirus – after the country saw its worst spike in deaths.