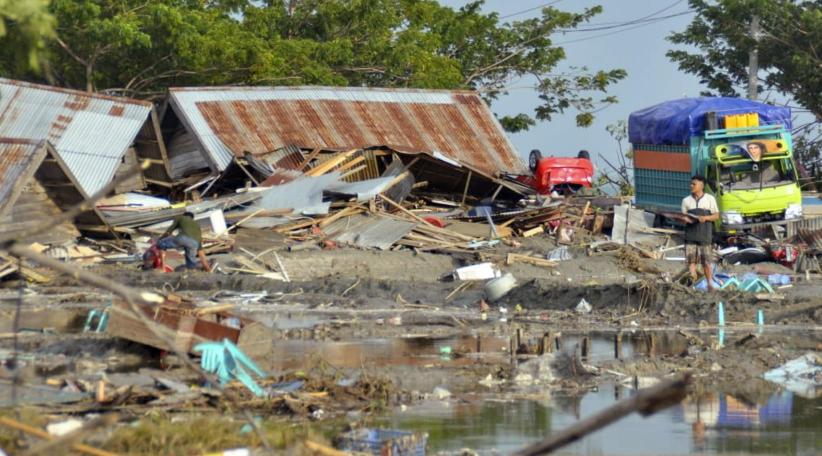 More than 380 people have been confirmed dead after a tsunami triggered by a magnitude 7.5 earthquake hit an Indonesian city on Friday.

Waves up to 3m (10ft) high swept through Palu on Sulawesi Island.
Video on social media shows people screaming and fleeing in panic and a mosque among the buildings damaged. Strong aftershocks rocked the city on Saturday. Thousands of homes collapsed, along with hospitals, hotels and a shopping centre. ‘Many bodies along the shoreline’.

Rescue efforts are under way, though hampered by a major power cut. The main road to Palu has been blocked due to a landslide, and a key bridge is out of action. Indonesia’s disaster agency said at least 384 people had been killed, but the number is expected to rise. At least 540 have been injured, and 29 are listed as missing.

A less powerful quake earlier on Friday had killed at least one person and injured at least 10 in the smaller fishing town of Donggala.