An 18-year-old Italian boy had a successful lung transplant 10 days ago after both of them were ‘burned’ by COVID-19, leaving him in a life-threatening condition.

It is the first operation of its kind in Europe. The organs were rendered incapable of breathing in a few days, medical sources said.

The operation was carried out at Milan’s Policlinico Hospital, under the coordination of the National Transplant Centre, with the regional transplant center and the northern Italy transplant program. The boy, who was named as Francesco, started suffering a fever on March 2 and on March 6 was taken into intensive care at Milan’s San Raffaele Hospital. 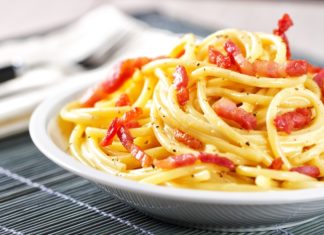 March 25, 2018
Spaghetti Carbonara has become a classic favorite worldwide due to its strong flavors, richness and simplicity. Here is an authentic Italian recipe!