According to The Diplomat, it said: “Officials of the Party and power organs and working people’s organizations and those in the fields of public health and anti-epidemic control across the country have boosted the…

… hygienic information service about the worldwide spread of COVID-19 and preventive and treatment measures among the people, so that they should never feel relieved for having no COVID-19 case in the DPRK.”

But this claim has been widely disputed by global experts. Jung H. Pak, a former CIA analyst on North Korea, said he believed the country’s leader Kim Jong Un was lying about the true state of affairs in order to make the nation’s isolation from the rest of the world appear as though it is a strength. He said: “It’s impossible for North Korea not to have a single case of coronavirus.”

General Robert Abrams, commander of U.S. Forces Korea, also cast doubt over the country’s claims, pointing to their lack of military activity as an indication that coronavirus had spread to the country. Meanwhile across the border, South Korea appears to be leading the way with its approach to the pandemic. More than 270,000 have been tested at a rate of almost 20,000 tests per day, while the fatality rate stands at only 0.6 percent. 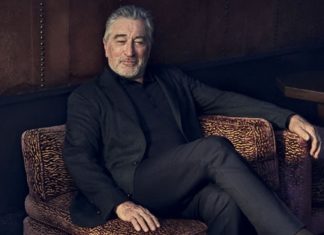 June 16, 2018
While the Italian roots of stars like Madonna and Robert de Niro are well-known, there are other celebrities whose ancestral connection to Italy ...