Mr. Mancinelli is 107 and still working full time, cutting hair five days a week from noon to 8 p.m. He has been working in barbershops since he was 11.

In 2007, at a mere 96 years old, he was recognized by Guinness World Records as the oldest working barber.

Since then, the commendations have rolled in — from local civic groups, elected officials & barbering companies — all congratulating him: 100 years, 101, 102 …. Mr. Mancinelli just keeps outdating the award.

Mr. Mancinelli said he was born in 1911 near Naples, Italy, and emigrated with his family when he was 8, joining a relative in Newburgh, N.Y. He was one of eight children and went to work at age 11 in a local barbershop. By age 12, he was cutting hair and dropped out of high school to cut hair full time. 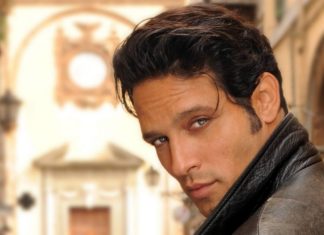 July 2, 2018
Italian men were ranked the most Handsome and desirable in the World. Whatever you prefer, you will surely to find in our Top 10 Italian men.

12 Top-Rated Beach Destinations in Italy for 2020