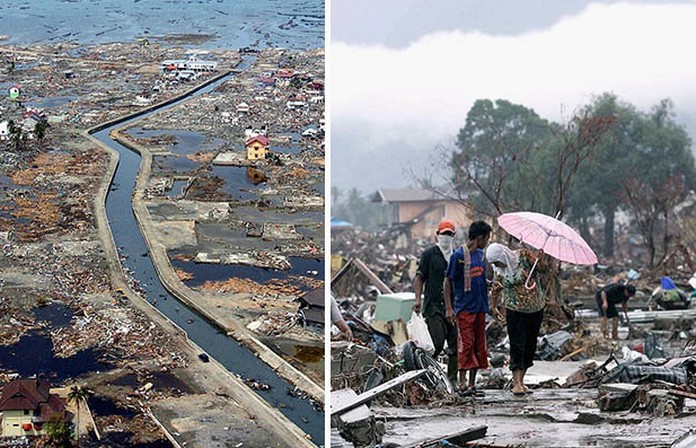 The toll from an earthquake and tsunami in Indonesia soared to 832 confirmed dead, with authorities fearing it will climb as rescuers struggle to reach remote villages.

Dozens of people were reported to be trapped in the city of Palu, which was hit by waves as high as 6 metres  following the 7.5 magnitude earthquake.
A woman was pulled alive from the debris of a Hotel, where 60 people were believed trapped. 100s of people gathered at the wrecked mall searching for alives. With most of the confirmed deaths from Palu, authorities are bracing for much worse as reports filter in from outlying areas, in particular, Donggala, a region of 300,000 people north of Palu and close to the centre of the quake.

Vice President Jusuf Kalla said the toll could rise into the thousands. Donggala town has been damaged badly, according to a reporter on the scene.