Their sister, Zoe, said: “They always said they had come into the world together and would go out together as well.” She said the “amazing” pair, who lived together, had other health conditions and had been unwell for some time.

“All they ever wanted to do was to help other people. Ever since they were young…they’d pretend they were doctors and nurses caring for their dolls. Katy, who worked at Children’s Hospital, tested positive for Covid-19 on admission to hospital, and died on Tuesday evening. Emma Davis had worked at the same hospital as her sister in the colorectal surgery unit for nine years until 2013. 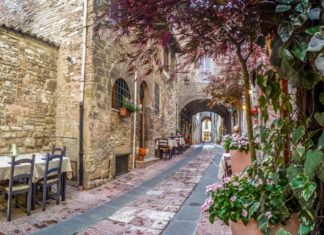 September 6, 2018
Italy is often touted as the most romantic country in the world and rightly so. Providing the most stunning landscapes, Italy is the best destination ...