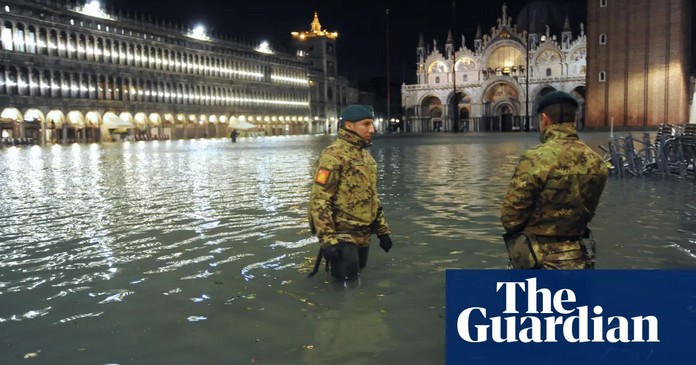 Two people have died as the highest water levels for more than 50 years caused hundreds of millions of euros of possibly irreparable damage in Venice, officials have said, with another surge expected to cause further flooding.

Flood levels in the lagoon city reached the second-highest level since records began in 1923 as a result of the acqua alta, which hit 1.87m on Tuesday night amid heavy rain, just short of the record 1.94m measured in 1966. 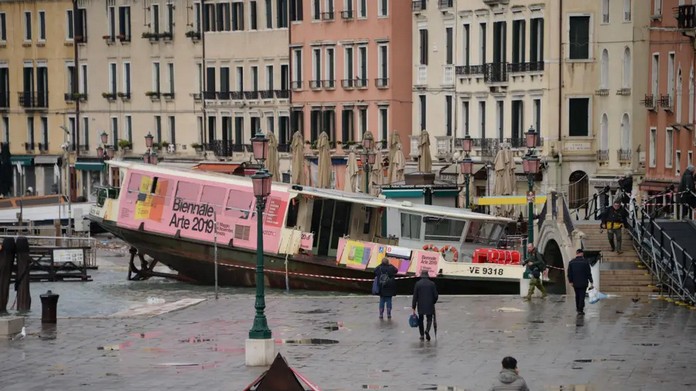 More than 85% of Venice was flooded, authorities said, including the historic St Mark’s basilica. While the water level dropped slightly on Wednesday morning, a further torrent of water, whipped up by high winds, is forecast to sweep in later in the day, reaching a level of 1.60 metres. The mayor of Venice, said he would declare a state of emergency, adding that the flood levels represented a wound that would leave indelible marks. “We ask the government to help us. This is the result of climate change,” he said, putting the damage in the hundreds of millions of euros. 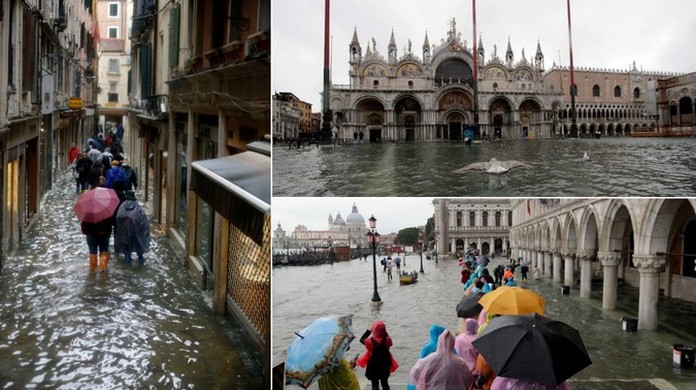 Italy’s minister of culture, said the government would provide an as-yet-unspecified amount of funding to help preserve the Unesco world heritage site. Venice sits on thousands of wooden piles driven into the mud, but rising sea levels and heavy cruise ship traffic have steadily eaten away at the surrounding marshes and mudbanks, causing the city to gradually sink.

St Mark’s Square was submerged by more than one metre of water, while the adjacent basilica was flooded for only the sixth time in 1,200 years – but the fourth in the last two decades. The last occasion, in November 2018.