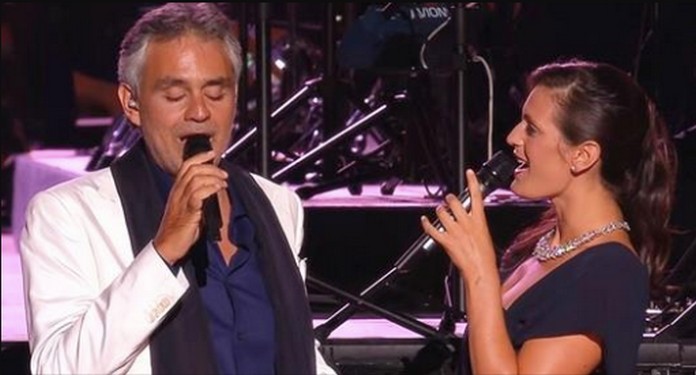 Andrea Bocelli performed a duet with his wife Veronica Berti in a stunning setting you cannot miss. It brought tears to my eyes and the love that this couple have for each other is clear from their performance together.

Andrea Bocelli met Veronica 12 years ago and on the night they met Bocelli sang his first aria for her and they moved in together.
Since then the couple have a daughter together and have married and recently got the chance to perform together in front of an emotional crowd. The song they chose was so apt: “Qualche Stupido” or “Something Stupid,” which although was written by C Carson Parks, it’s best known for the 1967 version by Frank Sinatra and his daughter Nancy Sinatra. 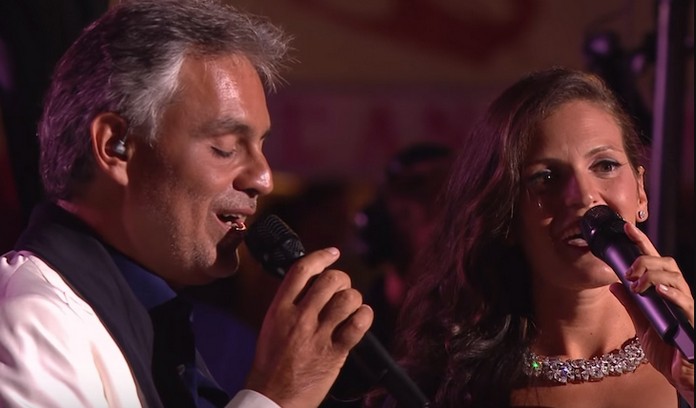 It’s clear from their performance how much these two care for each other. They also complemented each other’s voices perfectly – and after the gripping duet there wasn’t a dry eye in the house. It was a special moment that clearly meant a lot to Bocelli … and the result is something out of the ordinary. 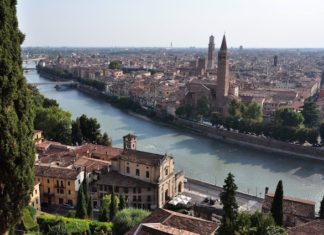