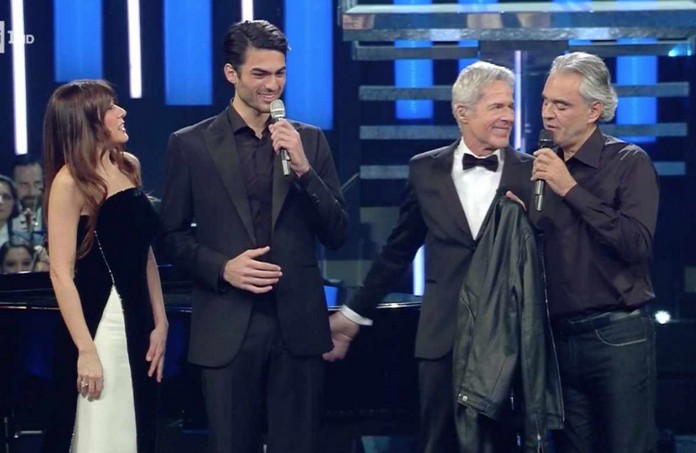 The Sanremo Music Festival 2019, ‘the Italian Eurovision’, kicked off with a moving duet between Andrea Bocelli and his son, Matteo.

Bocelli, one of Italy’s most famous singers, was the first guest to take the stage in the seaside town of Sanremo, which has hosted the festival every year since 1951…
After a duet with another stalwart of Italian pop, Claudio Baglioni – the festival’s artistic director – Bocelli was joined by his son Matteo, 21, for a rendition of ‘Fall On Me’. The performance won them a standing ovation. Just over 10 million viewers tuned in for the opening night of Sanremo, according to Rai, which airs the festival. 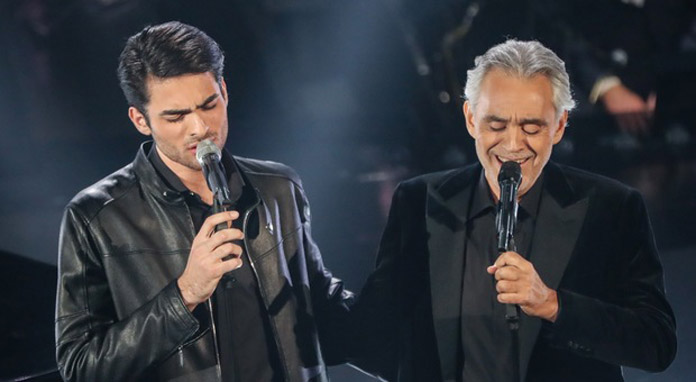 That gave it a 49.5 percent audience share, which despite being almost half of all TV viewers was actually around 1 million fewer than last year’s opening night, which attracted 52.1 percent of the audience. 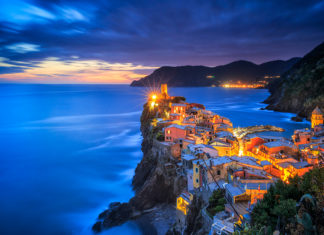