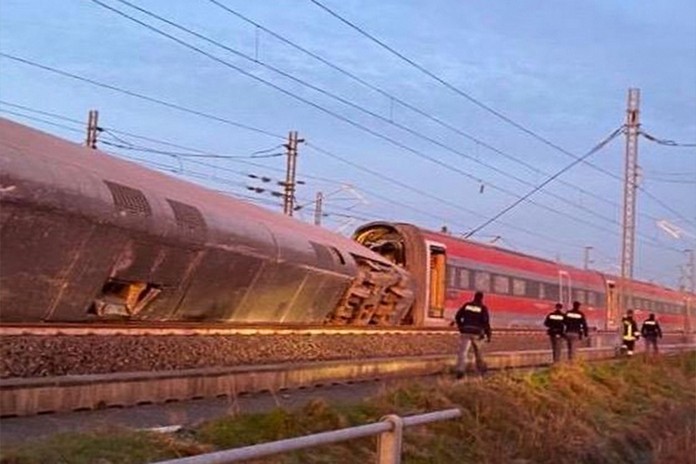 Two people have died after a high-speed train derailed at 180mph near Milan today (6/2/2020/). Police said the train had come off the rails and overturned near Lodi on the line from Milan to Bologna early this morning.

The leading power car broke off from the rest of the train and smashed into a freight cart on an adjacent track before plowing into a nearby building, it is believed. 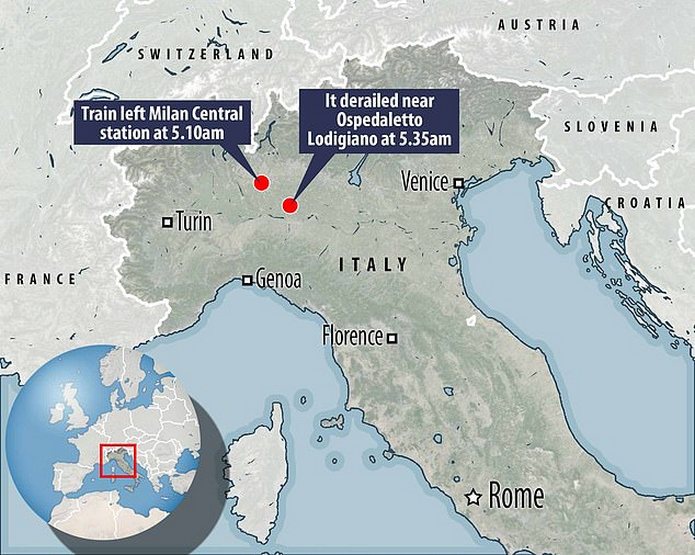 Reports in Italy said two train drivers had been killed, with 28 people injured. A railway official said two people had serious injuries. The injured people were taken to nearby hospitals, civil protection chief told Italian TV. One of those injured was believed to be a railway cleaner. Pictures showed the detached power car on its side and surrounded by debris with emergency workers at the scene before dawn broke this morning. 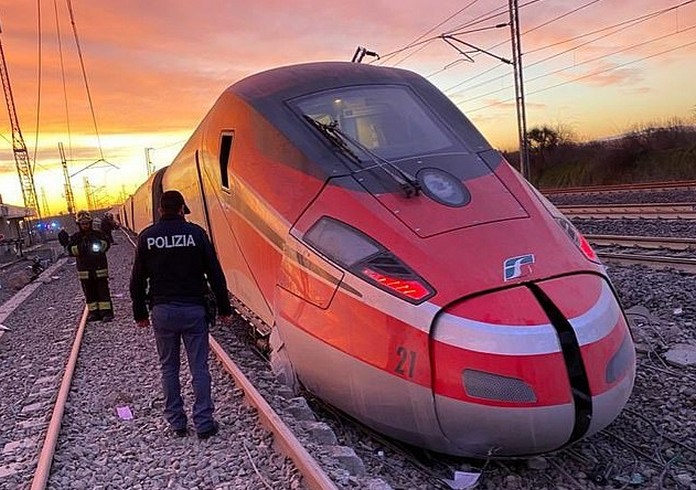 Further back down the line, the trailing carriages are believed to have continued traveling for a little longer before one of them overturned.

The next carriage left behind was lying at a 45-degree angle, images released by the fire brigade showed. The other carriages and the driver’s cab at the rear end were also thrown off the running rails but did not appear badly damaged. Civil protection chief Borrelli said the train had left Milan at 5.10 am and was 25 miles down the high-speed line when it derailed. It was believed to be heading for Salerno, south of Naples, and was traveling at 180mph when the accident occurred. 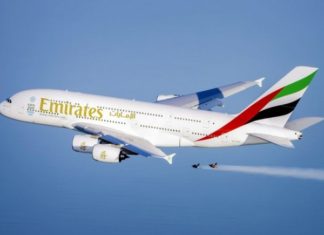