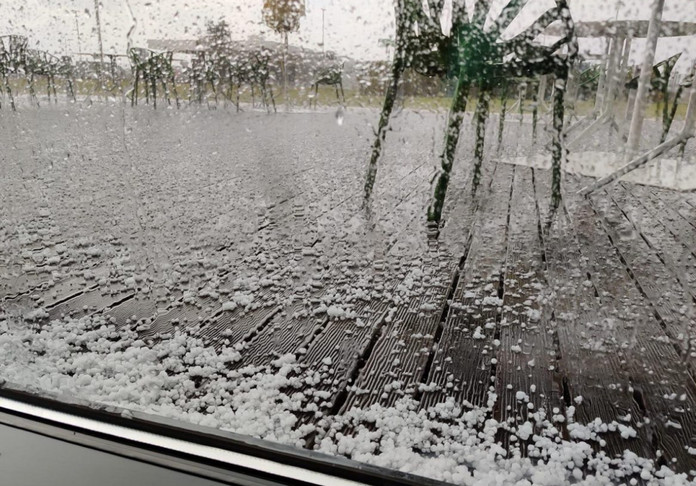 Unstable currents of air are crossing Italy where they come in contrast with the typical afternoon heat increasingly accentuated by the advance of the season.

The strong thermal contrasts generated a sudden strong afternoon thunderstorm over Bologna: it was a small storm, practically as big as Bologna itself (as is evident from the civil protection radar shot) but particularly violent. 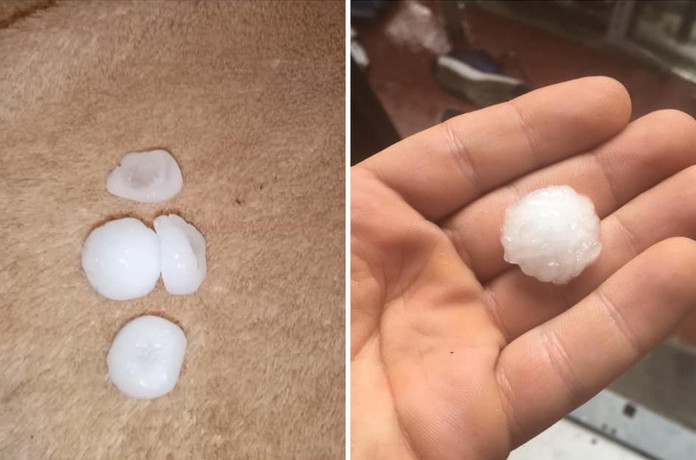 The storm gave rise to a strong downpour of rain accompanied by a lot of hail, with medium grains. The hailstorm managed to whitewash streets, cars, and some suburban neighborhoods. Some damage is reported to the vegetation.