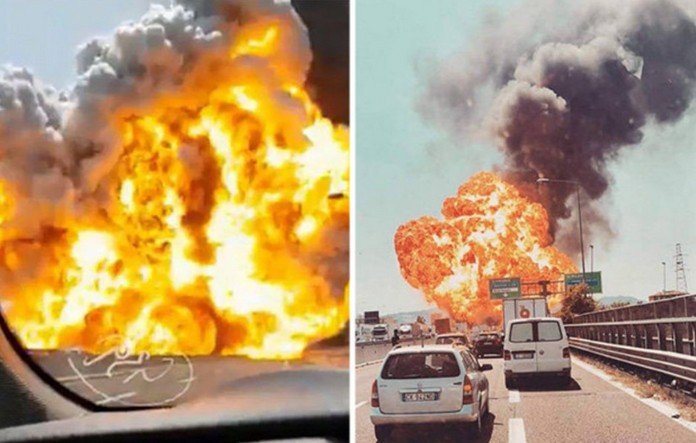 A HUGE explosion has rocked a motorway near Bologna airport in northern Italy – killing at least 2 and leaving 70 people seriously injured.

A road collapsed after a tanker exploded of the road in Bologna on Monday.
The news agency ANSA said the tanker was carrying liquefied petroleum gas. Video footage and photos uploaded to Twitter show a huge fireball and plumes of smoke rising in the sky in the northern city… 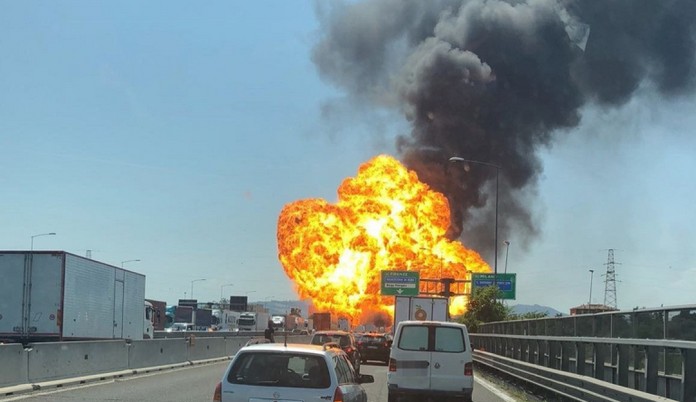 Terrified residents reported that their houses “shook” when the vehicle exploded. Residents were evacuated from their homes after explosions shattered windows. Police say the incident took place on the motorway close to the airport. 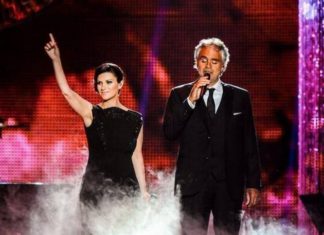