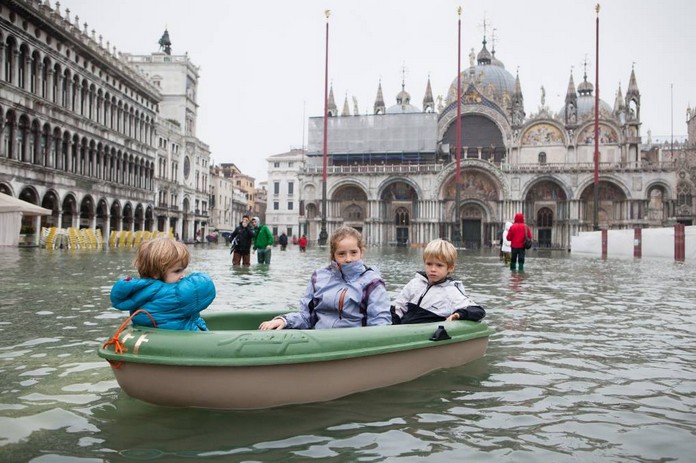 Venice city officials say 28 percent of the lagoon city has been flooded by waters rising 109 centimeters (more than 43 1/2 inches) above sea level.

Venice frequently floods when high winds push in water from the lagoon, but Monday’s levels are exceptional and forecast to rise even higher, to 125 centimeters. 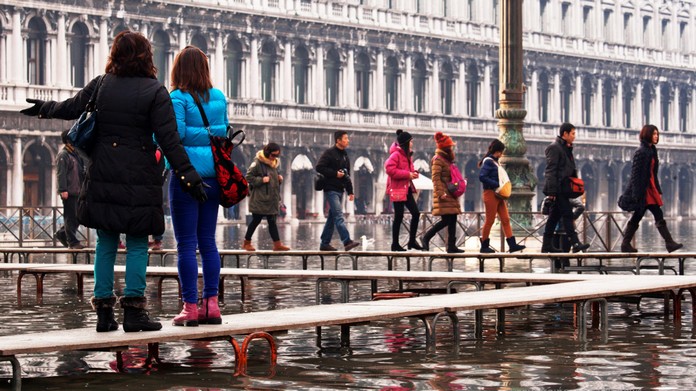 The highest level (160 centimeters) reached in November 2012, according to Venice statistics. The last time levels topped 160 centimeters was in 1979. Much of Italy is under alert for flooding from heavy rains, a problem exacerbated by a lack of maintenance on river beds.
Veneto regional governor Luca Zaia says flooding could reach the levels of the 1966 flood that inundated both Venice and Florence.