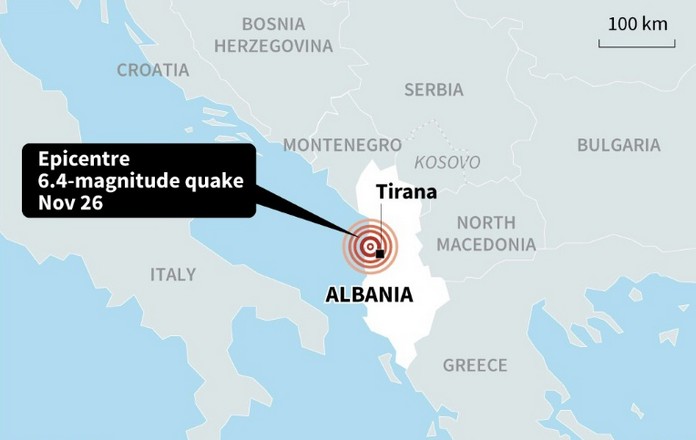 A 6.4 magnitude earthquake has hit Albania, bringing down buildings and leaving people trapped under rubble. At least 10 people have died. One man died after jumping from a window in panic, a defense ministry spokeswoman confirmed.

The quake hit 34 km (21 miles) northwest of the capital, Tirana, in the early hours of Tuesday morning. It was felt across the region, in Italy and in the Serbian city of Novi Sad, almost 700 km away. 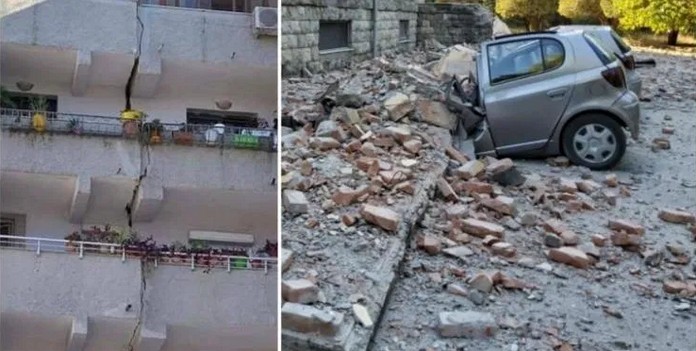 Prime Minister Edi Rama wrote on Twitter: “We have victims. We are working to do everything possible in the affected areas.” Albanian government spokesperson says more than 300 people have received medical help in Tirana. Emergency workers told Albanian media that one of the dead was an elderly woman who had managed to save her grandson by cradling him with her body. 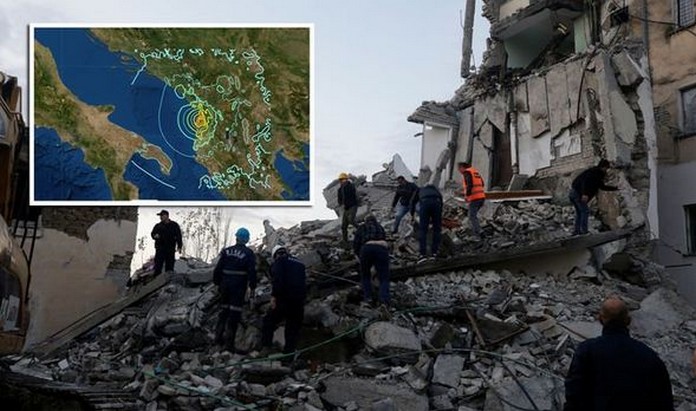 Defense Ministry confirmed firefighters staff were helping residents caught under the rubble in the coastal city of Durres, where three were killed. The man who died when jumping from a balcony was killed further north in Kurbin. Two of those who died were in the town of Thumane, close to the epicenter of the earthquake. There were fears that more people were trapped under rubble.

There have been a number of aftershocks, including one of 5.3 magnitude, the European-Mediterranean Seismological Centre said. The Balkans is in an area prone to seismic activity. Tuesday’s earthquake has been described by authorities as the strongest to hit Albania in 20-30 year. 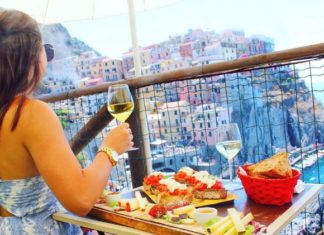 August 9, 2018
Italy is the most beautiful country in the world.. Do you agree?