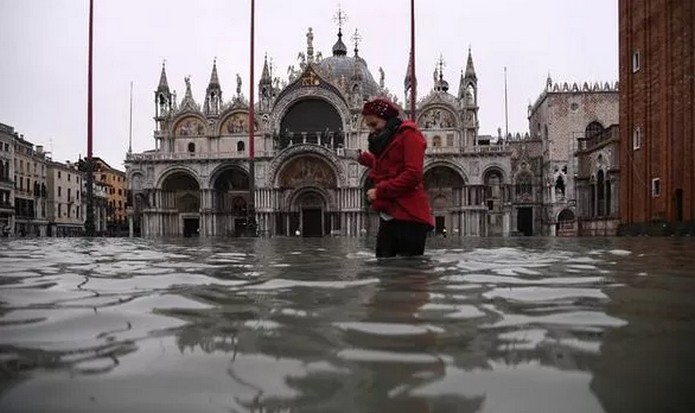 City officials said the tide peaked at 6.14ft at 10.50 pm, just short of the record 6.4ft set in 1966. The city’s mayor declared a state of disaster and warned of severe damage.

Flood waters submerged the city’ piazza, St Mark’s Square, under 3.3ft of water, while the adjacent Saint Mark’s Basilica was flooded for the 6th time in 1,200 years. This is the fourth time in the last 20 years that the cathedral has been flooded. 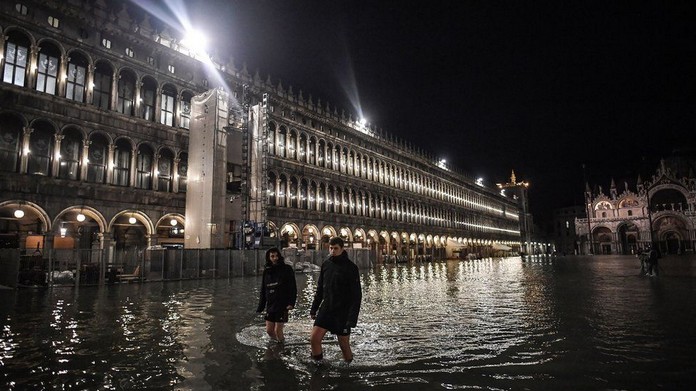 The last time it was flooded in October 2018, the cathedral’s administrator claimed that the basilica had aged 20 years in a single day. The high water invaded cafes, stores, and other businesses. Sirens warned people of the rising water, and as a precaution, authorities closed nursery schools. Tourists had difficulty in checking into their hotels, as gangways were washed away, forcing them to enter the hotels through windows. 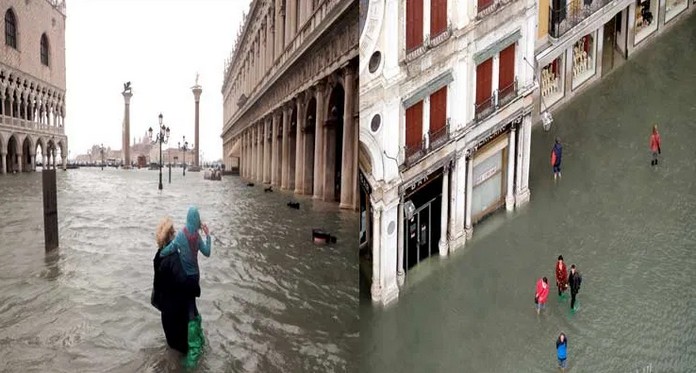 Many struggled valiantly through the knee-deep waters, with one French couple saying that they had been forced to “swim” when wooden platforms acting as bridges across flooded areas overturned. Throughout the submerged city, there were surreal images of tables and chairs bobbing along alleyways in the dark, and locals and tourists wading through water with umbrellas turned inside-out. Italy has been gripped by a powerful weather front that has brought torrential rain to all parts of the country, especially in the south.

The heavy rainfall closed schools in several southern cities including Taranto, Brindisi, and Matera, as well as the Sicilian cities of Pozzallo and Noto. 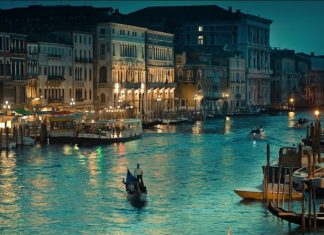 June 15, 2018
Check out these beautiful romantic places in Venice, Italy, that guarantee to steal your heart because of its beautiful sceneries and positive vibes...