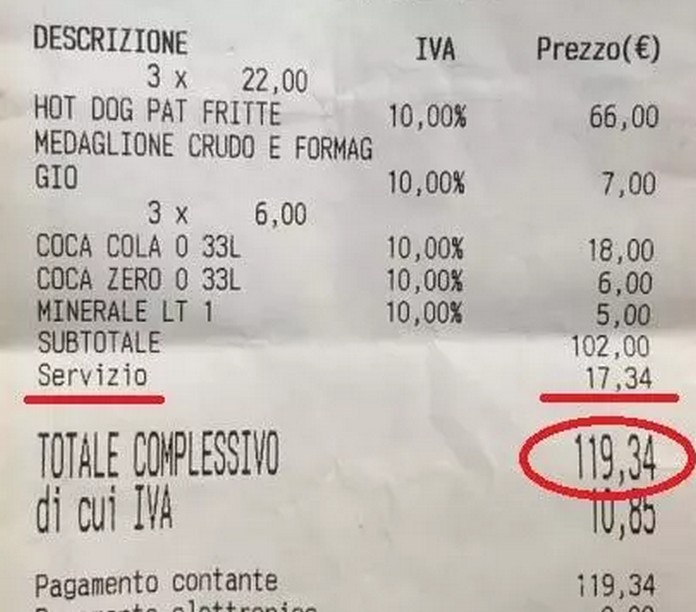 Tourists visiting Rome were charged almost €120 for three hot dogs and a ham and cheese sandwich, plus four cans of Coca Cola and a bottle of water, at a bar in the Vatican area, according to Rome’s daily newspaper Il Messaggero.

The family of four, from the region of Puglia, had just finished visiting the Vatican Museums and the Sistine Chapel when they decided to stop for lunch at a bar on Via dell Conciliazione, near St Peter’s Square. 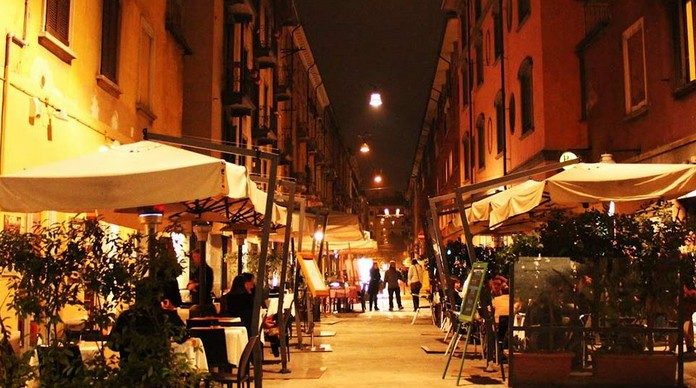 The father, Leo Recchia, told Il Messaggero: “€22 for each hot dog…. Almost €20 for service. To think that the night before we had gone to a restaurant behind the Pantheon: we spent the same, but for a complete dinner.” The manager of the bar in question told Il Messaggero: “We had other cases like this, other complaints, but the prices are on the menu, you can check, also we are near the Vatican, it costs.”

The incident follows the high-profile case of two Japanese tourists being charged €430 for two plates of spaghetti with fish, which included a tip of €80, at a restaurant-bar in Rome’s historic center.