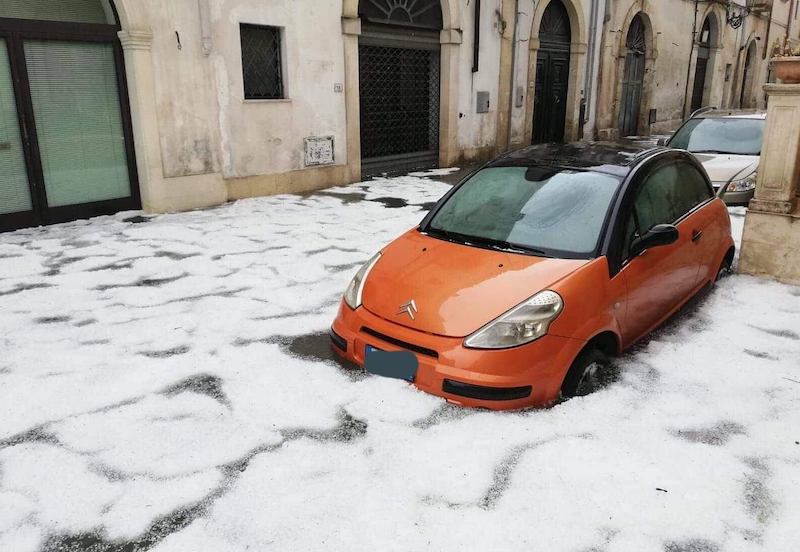 Lecce province were turned white by a hail storm, leading to surreal scenes as people in T-shirts were left digging out cars from up to 15 cm of ice.

Snowploughs were brought out of storage to clear roads, while in other areas heavy downpours swept away cars and flooded houses. 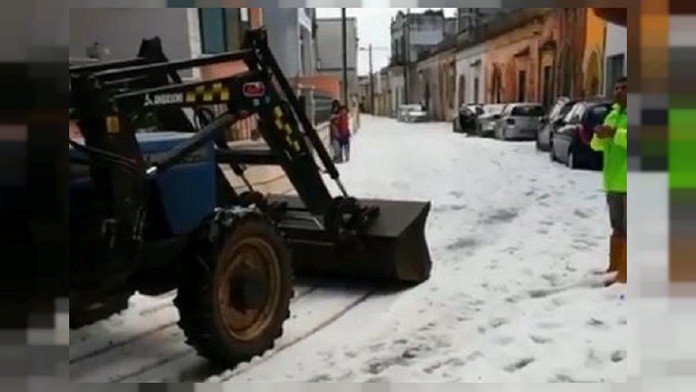 The storms also damaged crops in Puglia, which grows many of Italy’s olives. By this time of year average temperatures in Puglia typically around 20C, and many people would usually spend June 2nd – Italy’s Republic Day – at the beach. 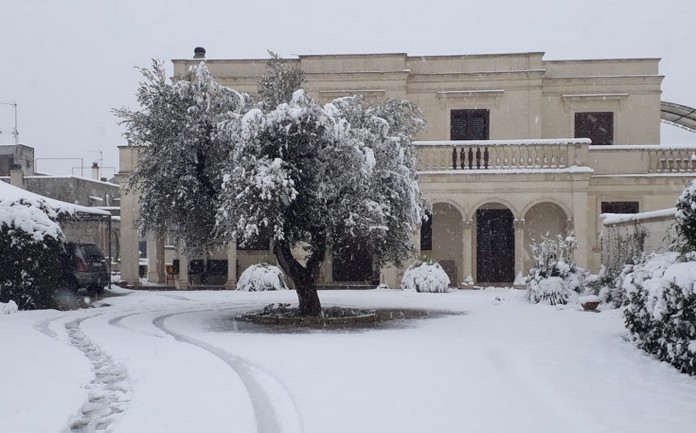 But this year has seen Italy swept by extreme weather, from floods in the east, high winds in the south and freezing temperatures in the north. The disturbances follow an unusually warm winter. While the sun has returned to Rome and most of either coast, Italy’s Civil Protection Department is warning of ongoing storms and heavy rains in the far south and north.

In these parts of the country, the bad weather is forecast to continue until at least Wednesday. But temperatures could climb suddenly towards the end of the week, hitting 30 degrees C in parts. 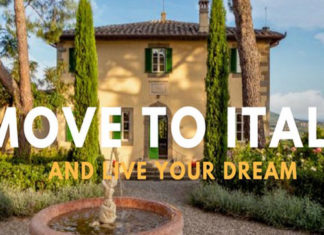