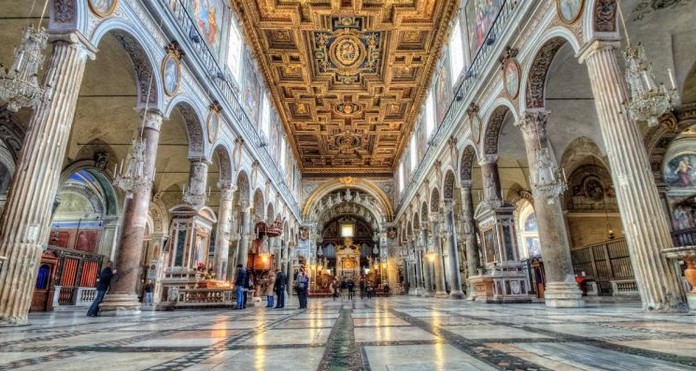 Rome has more than 900 churches which makes it the city with the most churches. Santa Maria in Aracoeli is a titular Basillica in the heart of the City.

Filming on No Time To Die, 007’s 25th movie outing and the 5th and final time he’ll be played by Daniel Craig, arrived in this year’s European Capital of Culture. 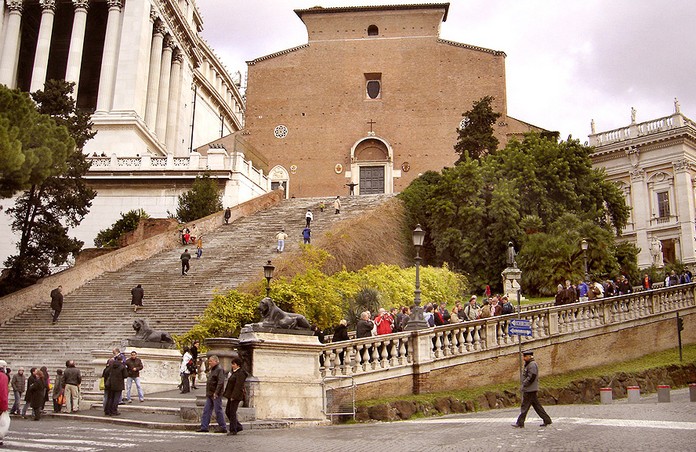 1000s of tourists visit year round to admire the history and beauty of the architecture, to see the Santo Bambino of Aracoeli, and to climb up the monumental stairway of 124 steps oustide one of Rome’s most cherished churches. Located at the highest point of the Capitoline Hill, Santa Maria is the designated Church of the City Council of Rome with a long history. It was built during the sixth century on the site of an ancient Byzantine Abbey. 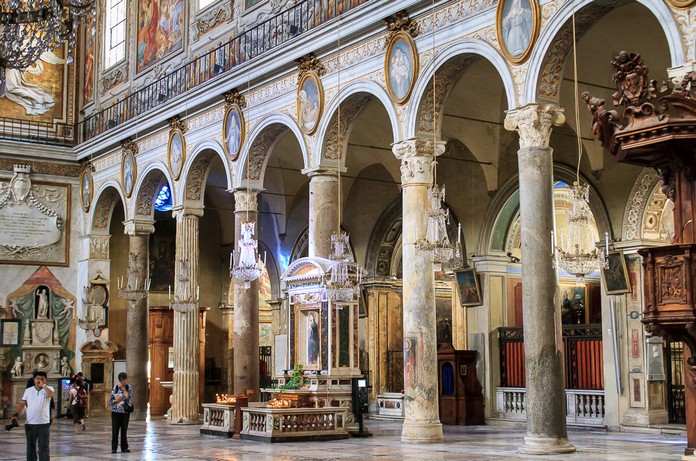 By the ninth century it was first given to the Benedictines and then later by papal bull to the Franciscans in the early thirteenth century. The Franciscans are known to have influenced the Romanesque-Gothic aspect of this church. The architectural style of Santa Maria is Romanesque, Gothic. Tourists may see the famous Gothic stained-glass window from the bottom of the stairs outside the church.

Millions of tourists and local visit to see the Santo Bambino of Aracoeli, which is a wooden image of the Christ Child beleived to ressurect the dead.

It is hte most famous object in the church. The wooden statue was made out of olive wood during the fifteenth century. The jewel encrusted object was stolen in 1994 and never found, so a replica is currently used instead.