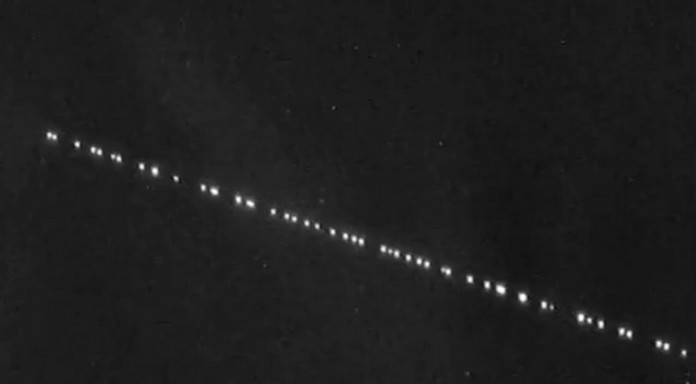 A TRAIL of strange UFO-like lights have been spotted in Italy. The lights, perfectly aligned, were spotted in northern Italy, with several townspeople taking to social media to claim the spooky sighting to be of extraterrestrial nature.

It has been confirmed, however, that the lights were part of Elon Musk’s 2nd groups of Starlink satellites launched into orbit as part of his huge internet project. 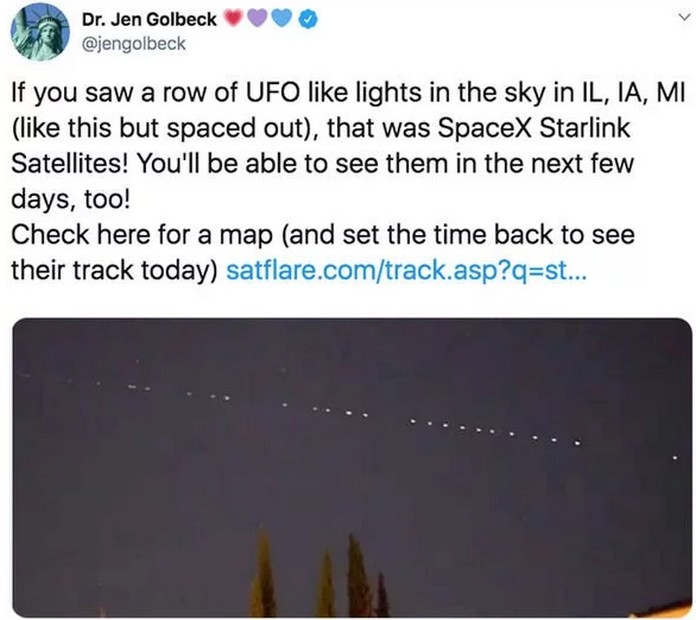 Experts from the Italian astronomical observatory explained: “It is the Starlink satellites that Elon Musk launched. You can sleep peacefully.”. Stalin is based on a constellation of thousands of satellites that serve telecommunications positioned in a low Earth orbit. Those who saw the satellites took to social media to have it a guess as to what was beaming across the night sky. 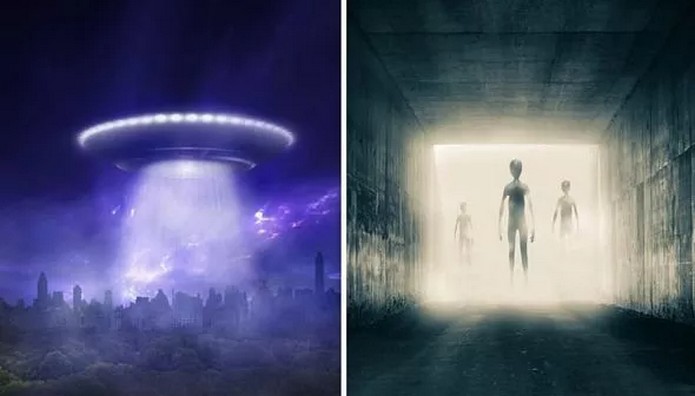 Mr. Musks’s Starling satellite project is colossal, with thousands of satellites planned to shoot into space in the next few years. In October, documents were leaked that showed correspondence between SpaceX and telecommunications authorities Mr. Musk’s plans to launch 30,000 small saltines into space. His plans will be required to go through a series of hoops from other telecommunications and space bodies before SpaceX gets the green light to soldier on with its plans. 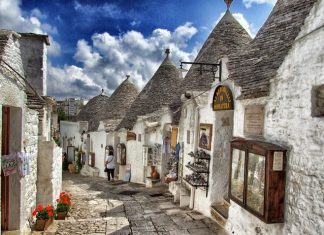 April 21, 2018
Puglia is located on the heel of Italy’s boot and it is considered to be a beautiful region with beautiful, unique towns. Let's check these places!