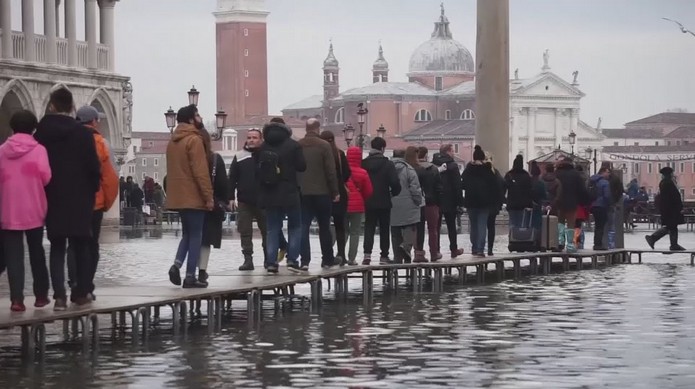 Venice has been hit by high tides of up to 1.5 metres (5ft) after its flood barrier system was not activated as a result of mistaken forecasts.

Weather bulletins had predicted high tide, or acqua alta, rising to 1.2 metres – lower than the 1.3 metres level at which the 78 mobile barriers of the defensive system, called Mose, would usually be activated. 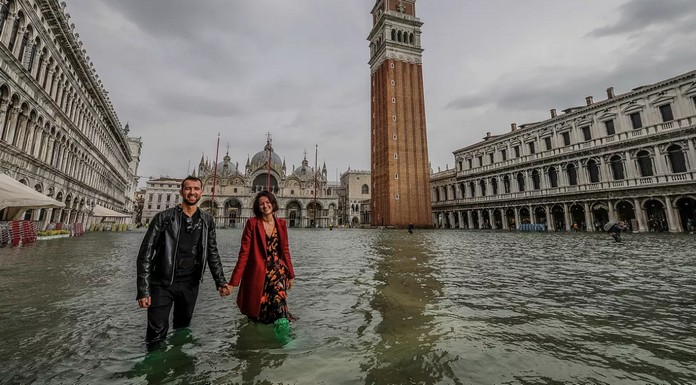 By the time the water had entered the lagoon on Tuesday morning, completely flooding the narthex of St Mark’s Basilica, it was too late for the system to take effect. Tides were expected to reach 1.45 metres at about 16.40 local time, although residents estimate the water level to be as high as 1.5 metres. 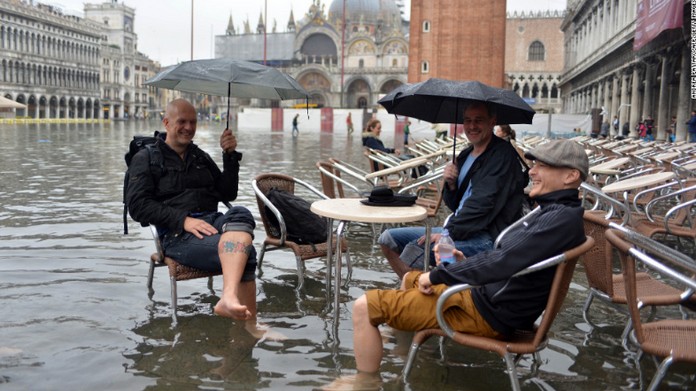 “The situation is really bad as we weren’t expecting it,” said Matteo Secchi, “It’s frustrating as we thought that with Mose this kind of thing wouldn’t happen any more, but instead we’re back to square one. It’s the same old problem.” Secchi said that bars, restaurants and shops had been affected. He said the narthex of the 1,000-year-old cathedral was completely flooded and if the water rises any higher “the internal chapels will also go under”. 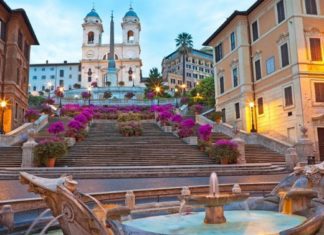