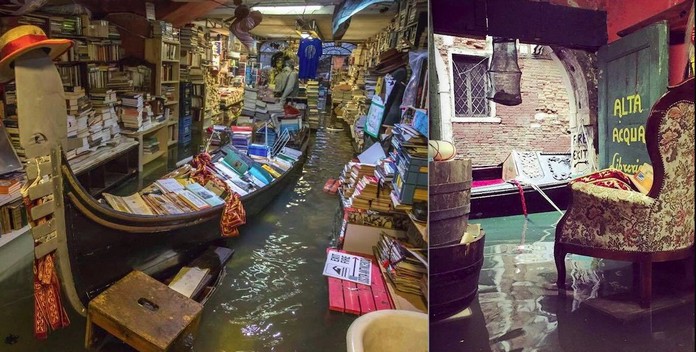 The legendary bookshop, whose name means “high water”, is celebrated for protecting its books by storing them in baths, floating tubs, and, notably, a gondola. Acqua Alta Bookshop loses hundreds of books to floods.

However even this was not enough to save its precious books from the havoc caused across Venice City by a tide which at its peak reached a height of 147 cm. 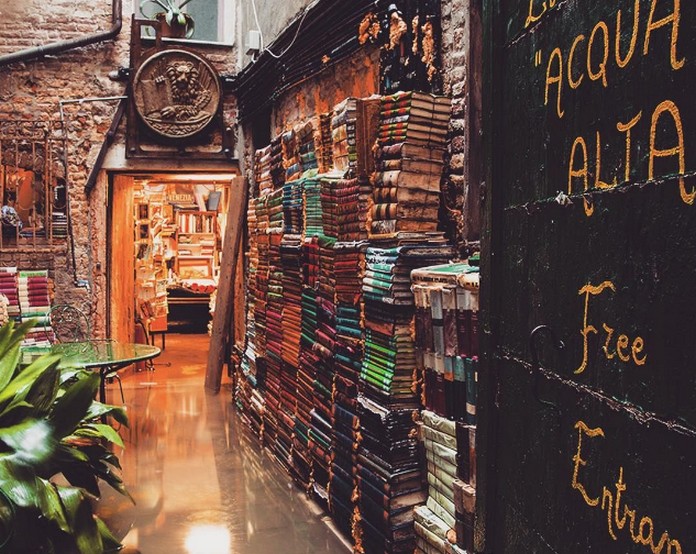 “We call ourselves Acqua Alta, we expect high water, but not this high,” one of the independent bookshop’s co-owners, Diana, told the online.

Opened in 2004 by owner Luigi Frizzi, the bookshop is located near Piazza S. Marco and Ponte di Rialto, in Calle Lunga S. Maria Formosa. The floods have led the Italian government to declare a state of emergency in Venice which has been “brought to its knees” according to the city’s mayor.