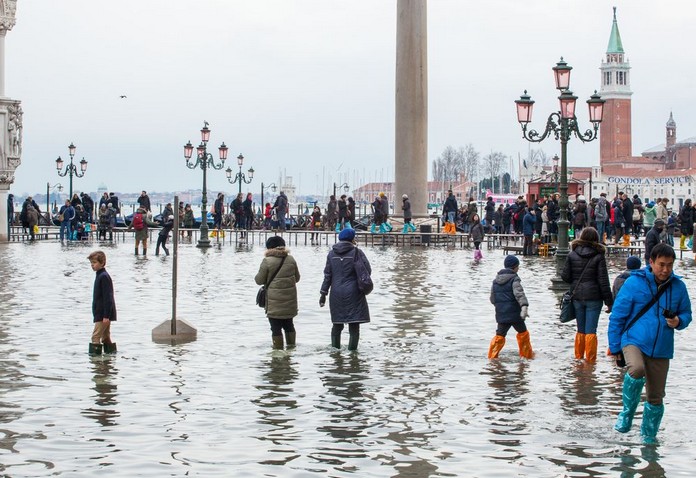 Venice has experienced some of the worst flooding in its history this week, with flood levels of over six feet submerging the city’s most revered and historical sites.

High tides have washed over 85 percent of the one of the most popular tourist destinations in the world, causing hundreds of millions of euros’ worth of damage, with shops, buildings and hundreds of pieces of infrastructure being flooded. 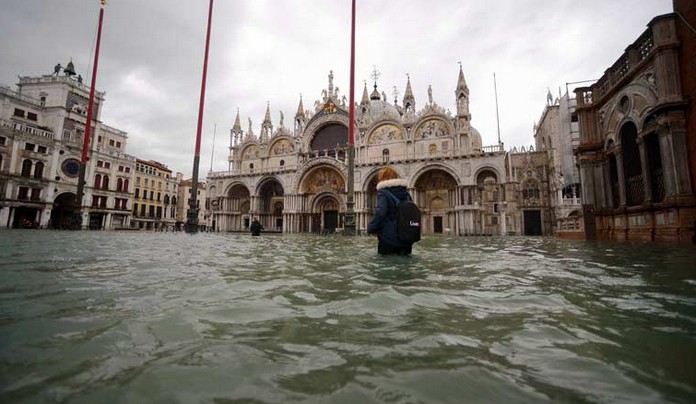 It has been over 50 years since Venice has seen flooding this severe. The flood of 1966 saw a deluge raise the canals to a height of 6 feet 4 inches (1.94 meters), leaving thousands without homes and causing extensive damages. Italian leaders blamed the effects of climate change on the rising ocean waters that lead into the city, with the mayor saying the city is “on its knees.”

Here are some of the famous landmarks and tourist favorites that have been affected by the high tides during the current flood:

Known as Piazza San Marco, St. Mark’s Square is a prime attraction. Millions of tourists from over the world come to stand and take selfies in the plaza. Water levels have turned the square into a pool, and one man was seen swimming.

Many fear that the internal flooding and damage to some of the external windows isn’t the worst of it. The structure has long caused worry over flood damage to the columns that support the historical church. 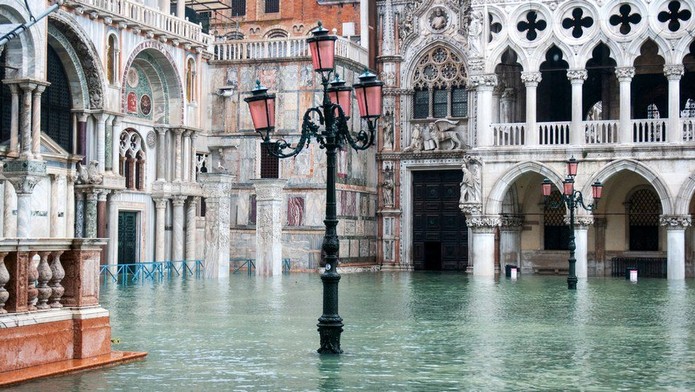 The artwork overlooks the Rio di Ca Foscari canal, one of the highly trafficked spots along the Grand Canal in the heart of the city, which suffered the bulk of the flooding. 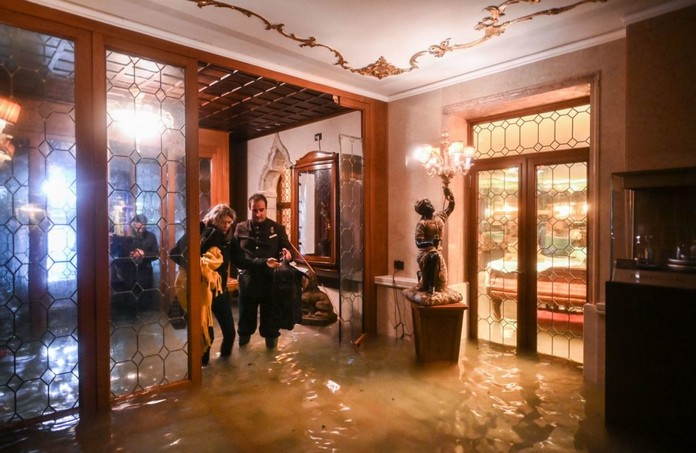 Once a private residence, it has now been converted into a luxury hotel. Flooding this week led to an evacuation of guests there. Many of the decorative rugs and chairs had to be stacked in piles to escape the reach of the exceptionally high water. 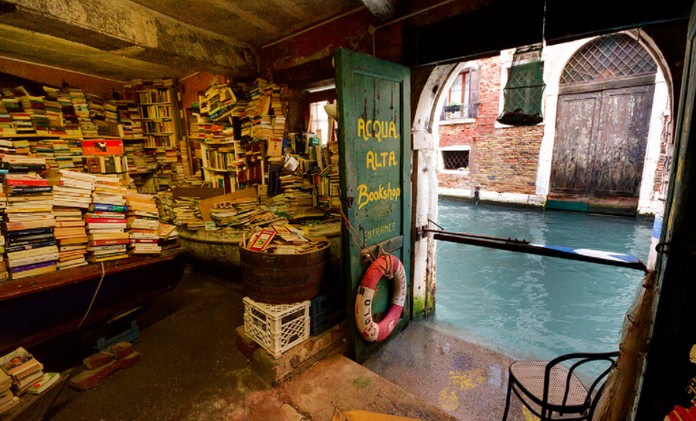 Hundreds of books were lost in the shop hailed by tourists as one of the most beautiful in the world, causing much dismay in the community. “We expect high water, but not this high,” one of the owners said. 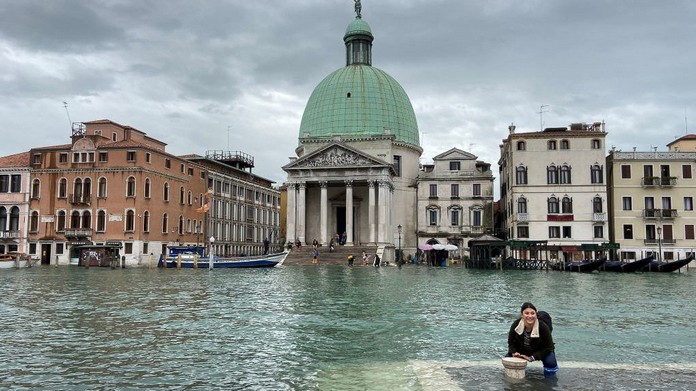 The combination of a full moon and strong, so-called sirocco winds have pushed seawater higher in the city’s canals, trapping it as the tides continue to rise. Ferryboats and gondolas have been overturned as many of the new flood barriers designed to protect the ever-sinking city have been overrun.

Videos on social media showed deep water flowing near one of the city’s main thoroughfares, and next to the palace, large waves surged over the stone sidewalks hammering boats that had been moored outside.