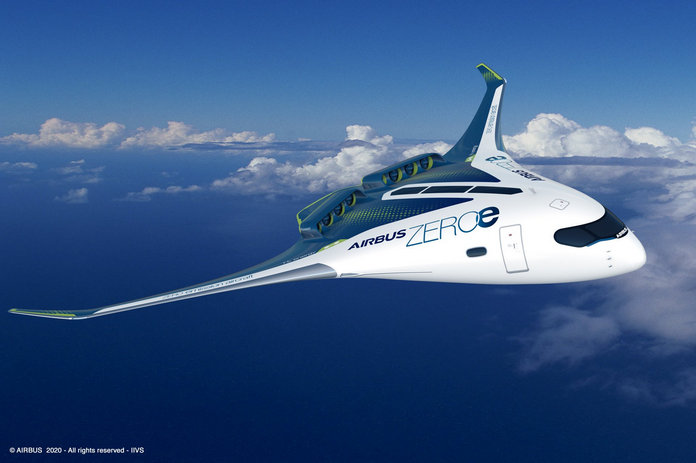 Airbus has unveiled three visual concepts for “zero-emission” airplanes to be powered by hydrogen.

It is the planemaker’s latest effort to draw public attention to its “zero-emission” ambitions as Europe push for cleaner technology in their post-COVID recovery plans. 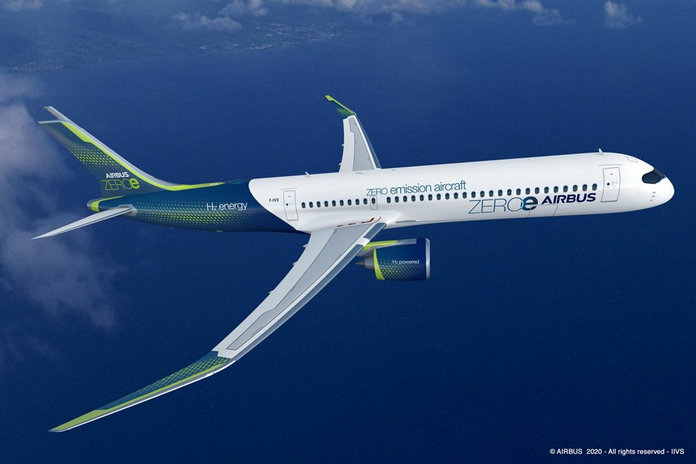 Airbus has set itself a deadline of 2035 to put a carbon-free commercial aircraft into service, a target engine makers like Safran have described as ambitious. The “ZEROe” initiative includes concepts for two conventional-looking aircraft: a turbofan jet engine able to carry 120-200 people over 2,000 nautical miles (3,700 km) and a turboprop able to carry up to 100 people for 1,000 nm.

Unlike normal planes, the engines would be adapted to burn liquid hydrogen stored in the rear fuselage. A third proposal incorporates a revolutionary “blended wing body” design similar to one presented in February.