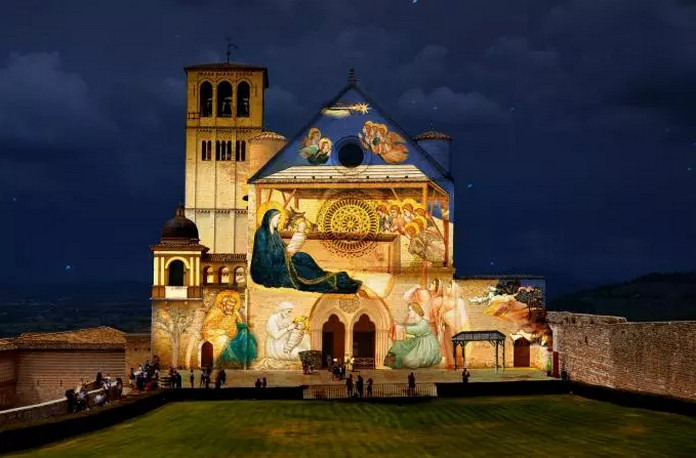 Over the Christmas season, the Umbrian town of Assisi will project images of Giotto’s Nativity frescoes onto the facade of the Basilica of S. Francesco.

Titled Il Natale di Francesco (The Christmas of Francis), the project will beam Giotto’s Nativity scenes onto the exterior of the basilica dedicated to Italy’s patron saint, as well as on other landmarks around the pilgrimage town. 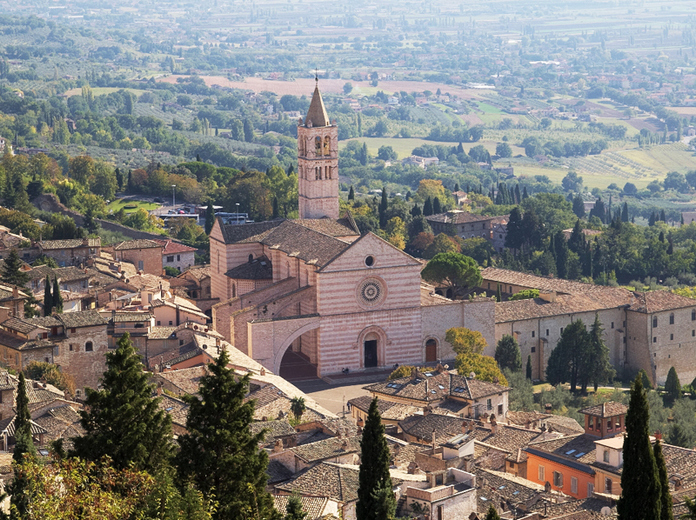 The video projections will also include the Cathedral of S. Rufino, the Basilica of S. Chiara, and the town’s two fortresses, Monte Frumentario and Torre Civica, reports online art newspaper Finestre sull’Arte. In addition, a statue of a nurse will be placed in front of the Basilica di S. Francesco, in homage to Italy’s health workers for their heroic efforts during the covid-19 emergency, with video mapping and plays of light illuminating the streets.

Each evening, from 17.00 – 22.00, every 30 min Giotto’s Nativity will be switched off and in its place, a video mapping show will offer views of the basilica’s interior. Father Enzo Fortunato, press director of the Sacred Convent of Assisi, told Finestre sull’Arte that the project would offer “a special Christmas that will relive the Franciscan spirit precisely in the Nativity scene invented by the saint of Assisi.” 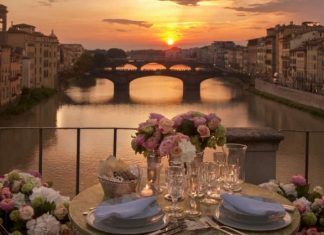 June 1, 2018
Italy is a very romantic country. If you want to have the perfect wedding, you should check out these 10 of the most beautiful honeymoon destinations!