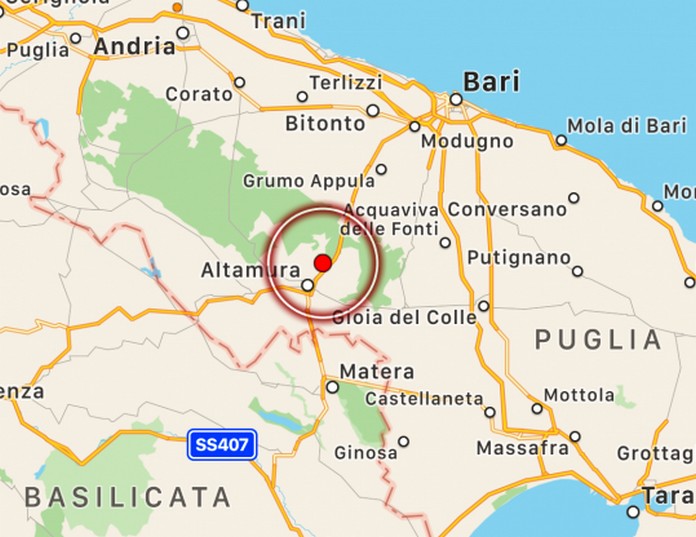 An earthquake occurred to the northeast from Altamura (Bari) in South Italy. The event was located by the INGV-Rome Seismic Department.

Panic scenes in Modugno , Bitonto and Altamura where people got in the streets. There are numerous reports from Palo del Colle, Cassano delle Murge, Acquaviva delle Fonti, Santeramo in Colle, Gravina di Puglia and also from Matera in Basilicata. 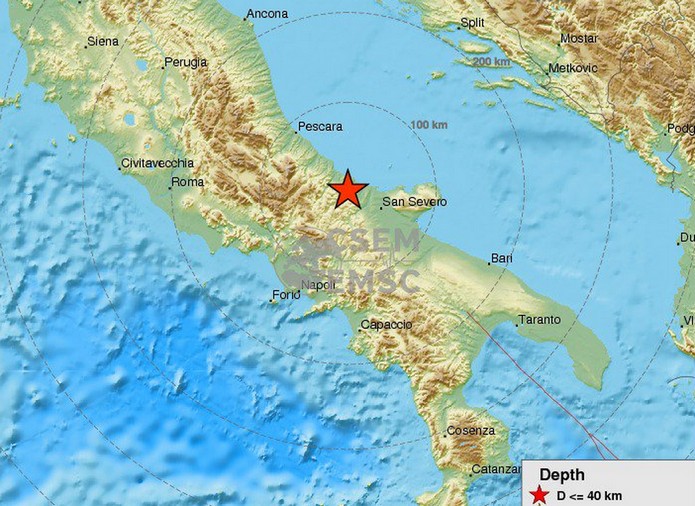 The shock was felt up to Bari, Taranto, Andria, Barletta, Trani and Monopoli. The Fire Brigade received many phone calls, but at the moment there are no damages. 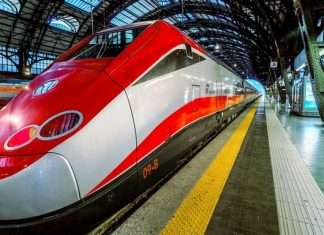