An outbreak of Coronavirus in northern Italy worsened on Friday 21 February, with health officials announcing 14 confirmed cases in Lombardy, while two other cases have been reported in the neighboring region of Veneto.

The Lombardy town of Codogno has ordered the immediate closure of all schools, restaurants, night clubs, gambling arcades, and sporting facilities, with all residents advised to remain at home, reports Italian news agency ANSA.

Authorities are set to issue emergency legislation to order the suspension of all commercial activity in the area, with 250 people placed in isolation. The first of the 16 to test positive for the Coronavirus was a 38-year-old Italian man who presented himself at a hospital in Codogno near Lodi on 20 February. The man is reportedly in a very serious condition with grave respiratory difficulties.

ANSA reports that the man’s wife – who is eight months pregnant – is also infected and is being isolated at the Codogno hospital along with a third person, a colleague of the 38-year-old, who presented himself in hospital.

The 38-year-old is believed to have contracted the virus after having dinner with a friend who had returned to Italy from China in late January. The friend has been located and is now in isolation at Milan’s Sacco Hospital. 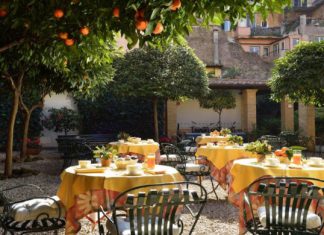 April 11, 2018
The medieval working-class neighbourhood of Trastevere on the ‘other side’ of the River Tiber is one of the most charming areas of the City of Rome.