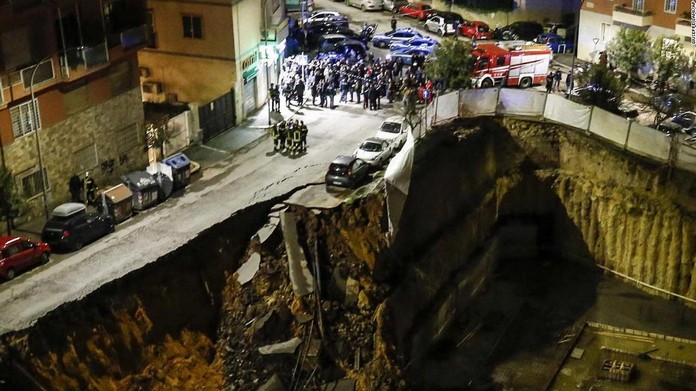 An apartment building on Rome’s Via Marco Aurelio, near the ancient Roman landmark, was evacuated on Monday as a precaution after a sinkhole opened in the road.

Some 60 people are reportedly unable to return to their homes after 24 apartments and two businesses were evacuated and the street temporarily closed, as firefighters, police and housing authorities carry out structural checks. 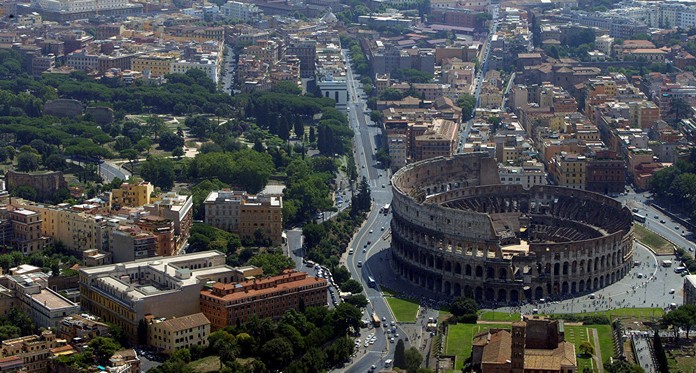 Sinkholes (known as voragine) and subsistence are a major problem in central Rome.

For most of the past century, Rome recorded an average of 30 sinkholes or other collapses per year, but since 2008 the annual figure seems to have tripled. In recent years, some of the worst incidents have included massive sinkholes that opened up within seconds and were large enough to swallow cars.

Some of the worst-affected areas are the oldest parts of the city, including the area around the Colosseum, as well as the ancient Appian Way.

Part of the problem is simply Rome’s geology: founded above a floodplain, much of the modern city rests on soft, sandy soil that is easily eroded by water or the vibrations of thousands of cars and scooters traversing the streets daily. 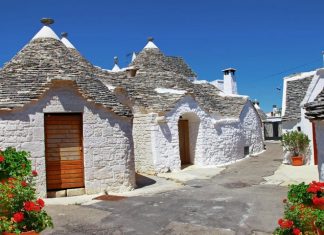