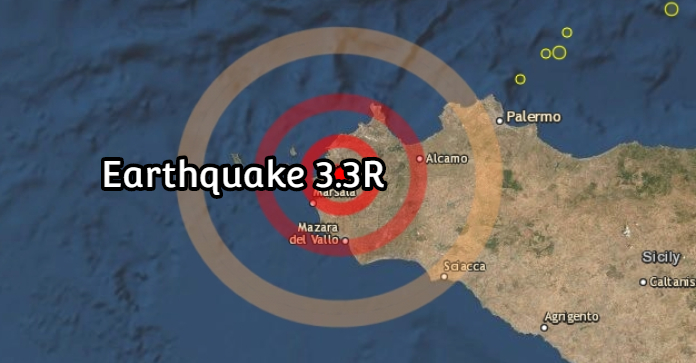 An earthquake shock occurred a few minutes ago near Sicily, exactly at 19:14.

According to the first estimates, the earthquake was of magnitude 3.3, and had an epicenter in the western area of ​​the island, about 6 km (south) from Trapani.

The earthquake, according to numerous reports, was clearly felt in the city of Trapani. The tremor, short but relatively intense, was perceived in most of the province of Trapani, but also in the Palermo and Agrigento areas.