First Lady Melania Trump rang in her 50th birthday at the White House, and we’re starting to think she’s got access to a secret fountain of youth somewhere.

Aside from having an impeccable sense of style—one that’s left us coveting her wardrobe every time she makes a public appearance—the Trump matriarch’s jaw-droppingly good looks remain as astounding as ever.

Despite maintaining a famously private front since becoming the first lady, Melania has captured the attention of the world and the respect of her followers. Born in Slovenia on April 26, 1970, Melania is a noted polyglot. Although she’s the only first lady in American history whose first language wasn’t English, she has a firm grasp on an impressive array of languages including French, German, Italian, Serbian, and her native Slovenian aside from English.

The first lady’s chief of staff, Stephanie Grisham, revealed that Melania would be spending her birthday with her family at the White House 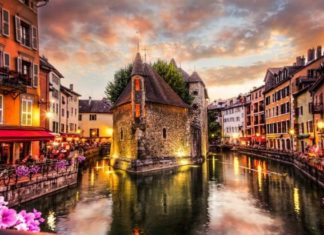 August 11, 2018
Venice could well be the world's most famous canal town: it's hard to imagine canals without envisioning the Italian city's winding waterways,