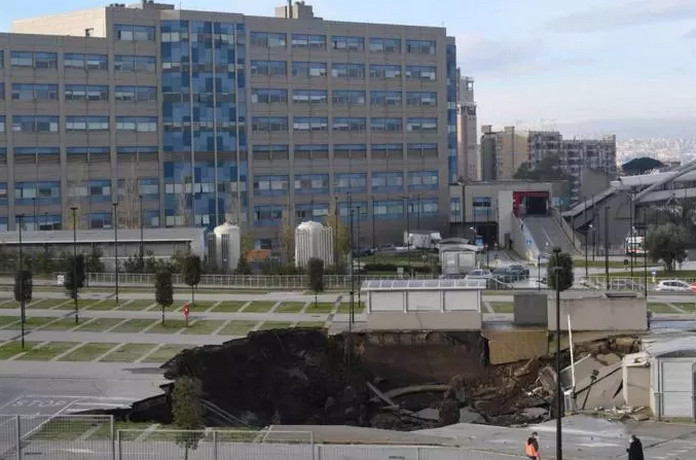 A sinkhole up to 20 meters deep and more than 2,000 sq m has opened up in the car park of a hospital in the outskirts of Naples.

The incident occurred at dawn on 8 January at the Ospedale del Mare, in the eastern Ponticelli district, and there were no casualties or injuries. 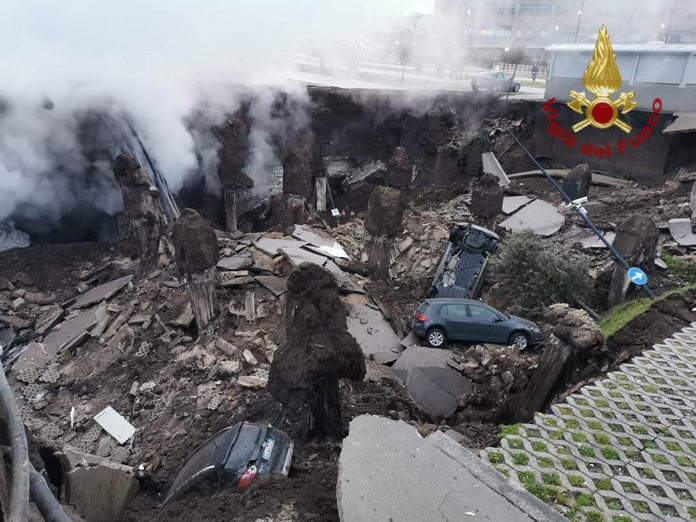 The sinkhole swallowed several cars and knocked off the electricity supply, with the hospital currently being powered by generators. The chasm opened up about 100 meters from the nearest hospital building and has led to the evacuation of the nearby covid center.

Police and firefighters are on the scene, reports ANSA, and the regional governor Vincenzo De Luca visited the site earlier this morning.