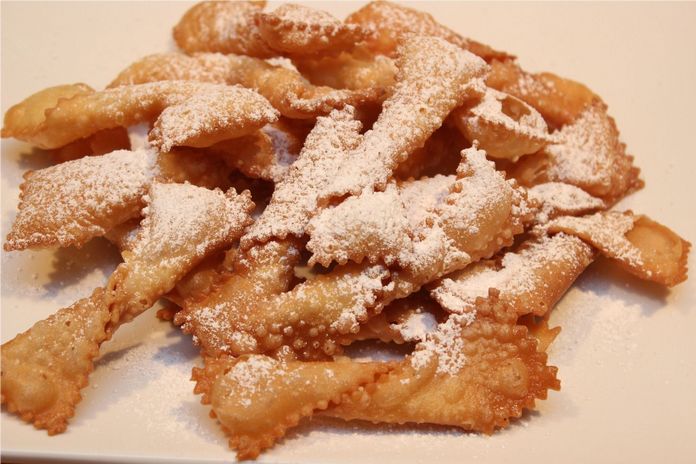 Frappe or Cioffe are traditional Carnevale Italian bow tie cookies, for lack of a better name. The fried, slightly sweetened dough turns as light as angel wings, and tastes just as heavenly, especially with a dusting of powdered sugar!

A very traditional Italian treat known by lots of different names in Italy. Typically made for Carnevale and Christmas. 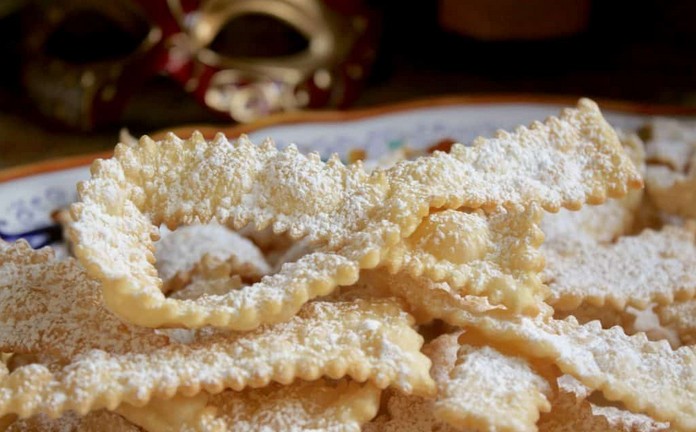 Using a stand mixer, place eggs, sugar, salt, and whiskey in a large bowl and mix for two minutes or so. Add one cup of flour and mix well. Add the remaining flour and mix until a slightly sticky dough forms.

With hands, shape dough into a ball and refrigerate, covered, for about an hour. Remove from the fridge and cut the dough in half and roll out one piece very thinly, on the floured workspace. The dough will be elastic, but re-roll it if it gets too thick. Using a knife or cutter to cut into strips. Use a pasta rolling machine if you have one. Cut a strip: no size is right or wrong, but about 6 or 7 inches is a good size. Make a little cut towards one end. Now place the opposite end through that slit, and pull through to make a ribbon shape. Repeat, until all of the dough is used.

Meanwhile, heat some oil in a pot or deep fryer until hot. Before dropping the pastry in the oil, pull and stretch each one, so that it is thinner then begin frying the pastries until puffed and light brown on each side. Remove with strainer and place on a paper towel-lined plate to cool. When cool, sprinkle with powdered sugar. 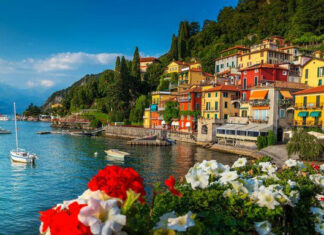