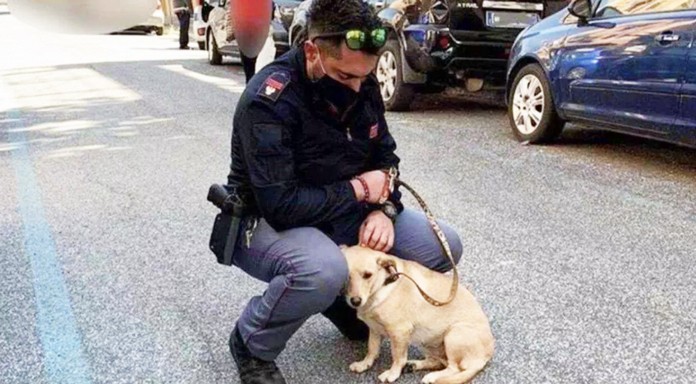 A Rome police officer has adopted a puppy that he found abandoned on the side of the road, tied to a lamp post in the S. Giovanni area of the city.

The policeman and his colleague found the dog, left under the hot sun, in the lead up to the Ferragosto holiday.

After rushing to get the animal water and food, the police brought the young female dog to a municipal kennel as they attempted to track down its owner – to no avail.

The puppy had no microchip and had not been reported missing.
Over the subsequent days one of the officers made frequent visits to the kennels to enquire after his new-found friend. A close bond soon developed between the policeman and the animal, aged about a year old, resulting in the officer adopting the little dog which he has christened Maggie.

9 Places in Italy You Can Buy a House with $1