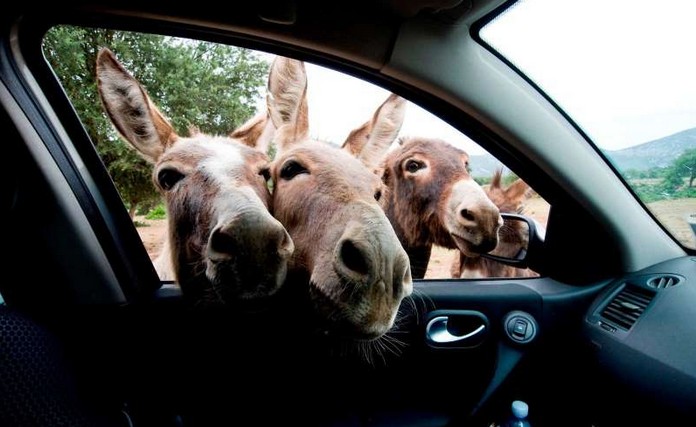 The mayor of Baunei, in the Ogliastra area of Sardinia in South Italy, has complained that people keep getting lost or stuck after Google Maps directed them down impassable roads and onto rugged hiking trails.

Several hikers and travellers have reportedly gone missing and “many” cars have become stuck in the impassable narrow roads of the Supramonte area after following directions from the app, the mayor said. 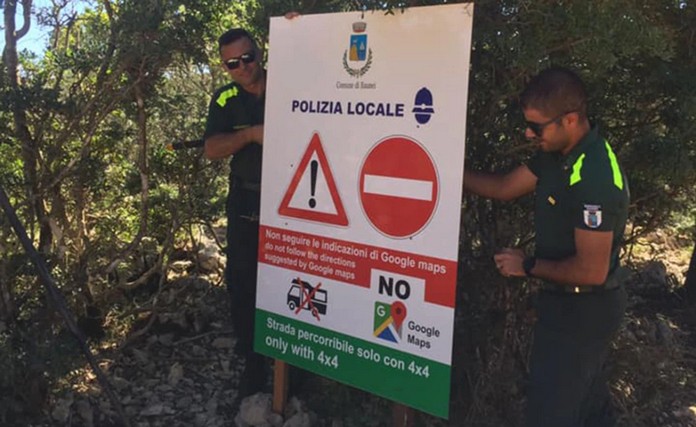 “Too many sedans and small cars get stuck on impassable paths, sometimes even off-road vehicles too,” Baunei Mayor Salvatore Corrias told the Ansa news agency.“All this because you follow the suggestions of Google Maps.”. Last year alone 144 people were rescued by emergency services after getting lost – most recently, 2 tourists in a Porsche ended up stuck on a narrow mountain pass. 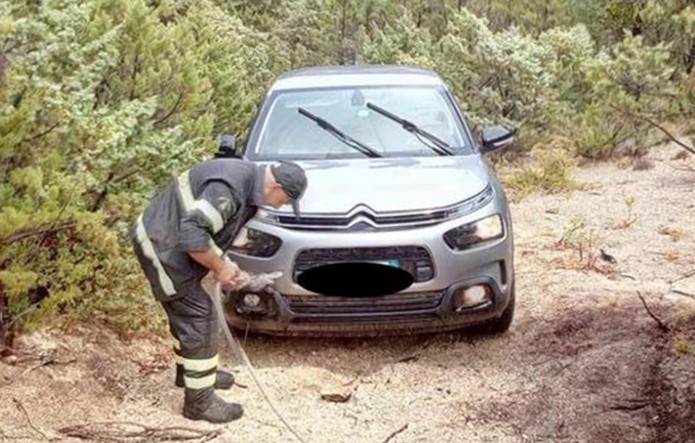 These rescues in remote areas prove costly for the emergency services and local authorities, the mayor said. Local authorities are now placing signs near roads and paths saying “Do not follow the directions of Google Maps”. Sardinia is not the only place in Italy where tourists get into trouble using Google Maps. In Venice, despite a plethora of road signs in English and Italian warning visitors that they can’t drive in the historic city, several tourists still cause chaos each year by attemptng to drive alongside the canals. 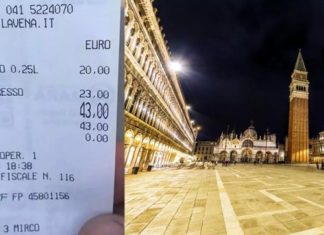 August 12, 2018
A TOURIST has slammed an artisan Venice cafe for charging £38 for a ... to see this bill for two coffees and two waters at a cafe in Venice.