Heavy rain and gales lashing parts of Italy have killed at least 31 people and razed thousands of hectares of forest, destroying 14 million trees.

Areas across the country have been affected by the storms this week, which created landslides in the northern regions of Trentino and Veneto. 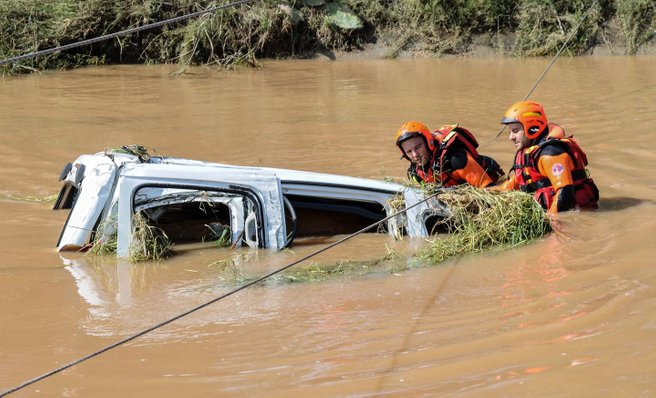 Nine people from two families were also killed on the island of Sicily after a river burst its banks and flooded a house outside Palermo. Italy’s Civil Protection Agency said that 17 deaths related to severe weather had been reported to the agency so far, excluding the 12 fatalities in Sicily.

A German tourist died on Friday after being hit by lightning on the island of Sardinia and many people have been killed by falling trees. The storms have destroyed around 14 million trees, according to Coldiretti, the association of Italian agricultural companies.

Thousands of pine trees and red spruces were destroyed in the Alps near the northern province of Belluno. The surface of Comelico Dam near the Austrian border was covered with trees that had fallen into the Piave river.