The Italian piazzas had many functions in the medieval ages. Especially in big cities, such as Florence, were serving as a political center and religious base.

Political significance had the Piazza delle Signoria in Florence. This square played a particularly important role as a political center of the Italian Renaissance.
BackNext 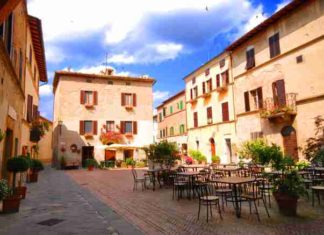 July 29, 2018
Autumn is one of the best seasons to visit Tuscany: find more about things to do and places to see Autumn in Tuscany, with this post by an insider...