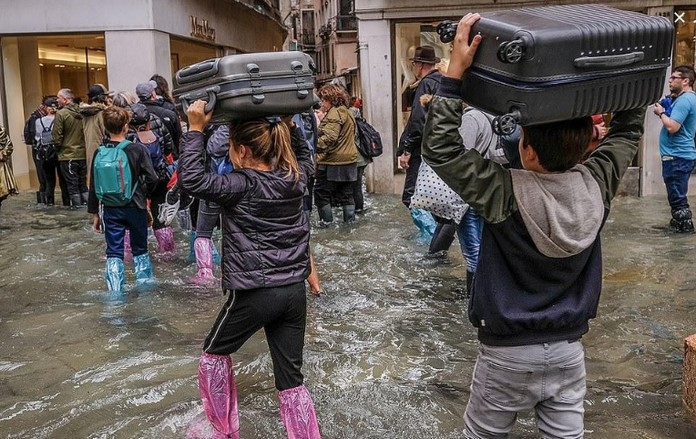 Venice was underwater yesterday as violent storms swept across Italy. More than 85% of Venice was flooded, including the historic St Mark’s basilica.

While the water level dropped slightly on Wednesday morning, a further torrent of water, whipped up by high winds, is forecast to sweep, reaching a level of 1.90 metres. 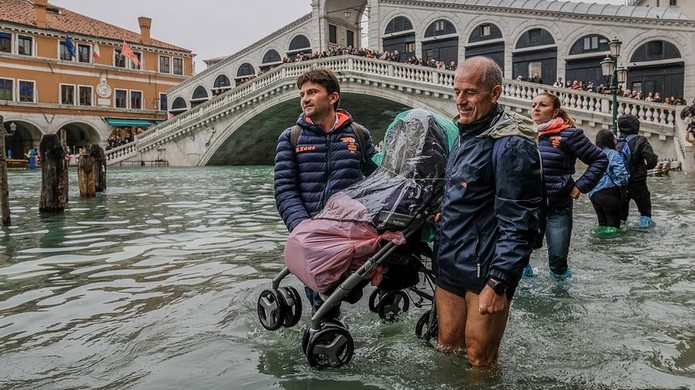 The head of the Venice hotels association said the damage was enormous, with many hotels losing electricity and lacking pumps to remove water. Tourists with ground floor rooms had to be evacuated to higher floors as the waters rose on Tuesday night, Claudio Scarpa told the Ansa press agency. The coastguard provided extra boats to serve as water ambulances. 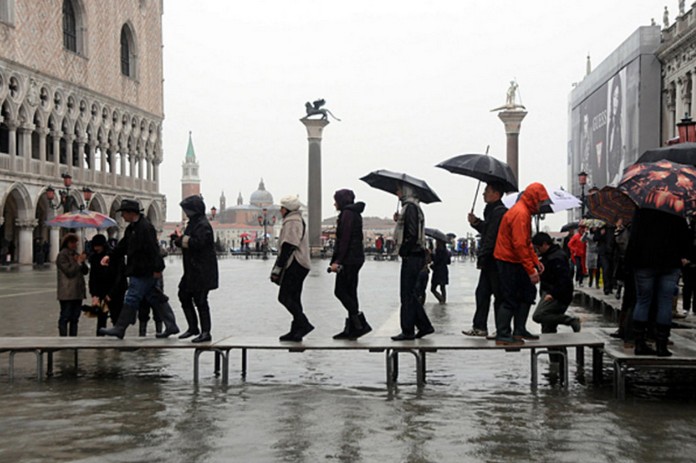 Tables set out for aperitifs bobbed along flooded alleyways, as locals and tourists waved aloft umbrellas, the water slopping over the top of waders and wellies. Water taxis attempting to drop people off at the historic hotels along the Grand Canal discovered that gangways had been washed away, and had to help passengers clamber through windows. French tourists said they had “effectively swum” after some of the platforms placed around the city in areas prone to flooding overturned.

The overnight surge also triggered several fires, including one at the International Gallery of Modern Art Ca’ Pesaro. Video on social media showed deep water flowing like a river along one of Venice’s main thoroughfares. 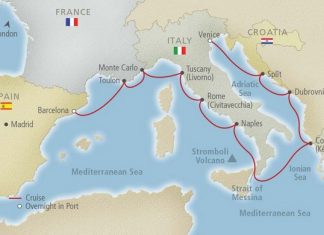