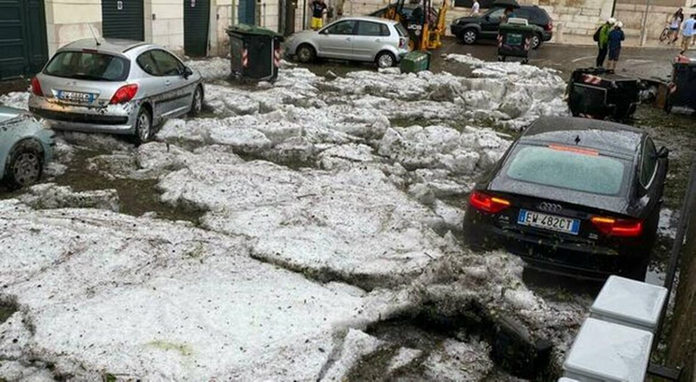 Veneto Governor Luca Zaia has signed a ‘state of crisis’ order after the north Italian city of Verona was hit by a sudden storm on the evening of 23 August.

Witnesses spoke of streets flooded with “rivers of hailstones” in the city center, with the storm knocking more than 500 trees.

Emergency services received over 220 call-outs, leading them to seek back-up from Venice and Rovigo, but there are no reports of injuries.

The storm also caused significant damage to the provinces of Vicenza and Padua, and reportedly caused landslides in Cortina.

In a Facebook post, Verona mayor Federico Sboarina spoke of “wind, water, and a hail of extraordinary proportions that have reduced the city to a battlefield.

In ten minutes, Verona was hit with something equivalent to the Vaia storm,” a reference to the October 2018 storm that devastated forests in north-east Italy.