Firefighters in Palermo have spent all night searching for people who may be trapped in a car in a flooded underpass in Palermo, the capital of Sicily, during the most violent rainstorm since 1790, reports Italian news agency ANSA.

Italian media initially reported that two people had drowned, following the testimony of an eyewitness who says he saw a couple trapped in their submerged car in the Viale della Regione underpass on the evening of 15 July.

However, as the search continues, Italian police officers have stated that they have received no missing persons report.

The rain, which fell intensely for several hours, caused widespread flooding in Palermo and resulted in the hospitalisation of two small children – the youngest of whom is nine months – for hypothermia, reports ANSA.

The children were reportedly trapped in a car with their parents in the same submerged underpass, as motorists left their vehicles to stand on car roofs or swim to safety through the water and mud.

As roads turned to rivers, firefighters worked tirelessly to save people and police handed out blankets and thermal sheets from hospitals to those rescued. 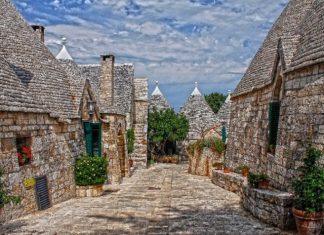