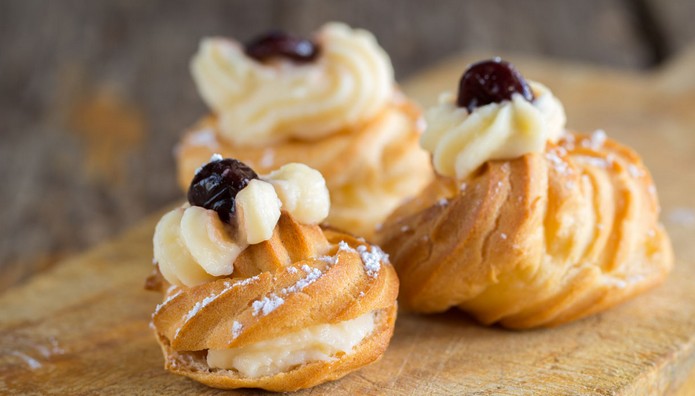 They are the pride of Italian patisserie and, although they have been prepared for March 19th in the regions of Central and Southern Italy for Father’s Day, the zeppole di San Giuseppe remains deeply rooted in the Neapolitan tradition.

As with many sweets, even the birth of the zeppole is shrouded in legend and is linked to ancient and different traditions, to be found even in 500 BC. The legends that are handed down would be two.
The first, of Christian origin, would trace the birth of the zeppole to the escape of the holy family in Egypt. It is said that St. Joseph, to keep Mary and Jesus, had to work alongside the carpenter’s profession as a fryer and a pancake hawker. It would seem that in Naples, due to a sort of devotion to the Saint, at a certain point the tradition of street zeppolari developed.

Until a few years ago, through the alleys of the city, one could encounter these artisans who publicly exhibited in their art on banquets placed in front of their shops where they sold the freshly made donuts. Read the Full recipe here => http://everybodylovesitalian.com/