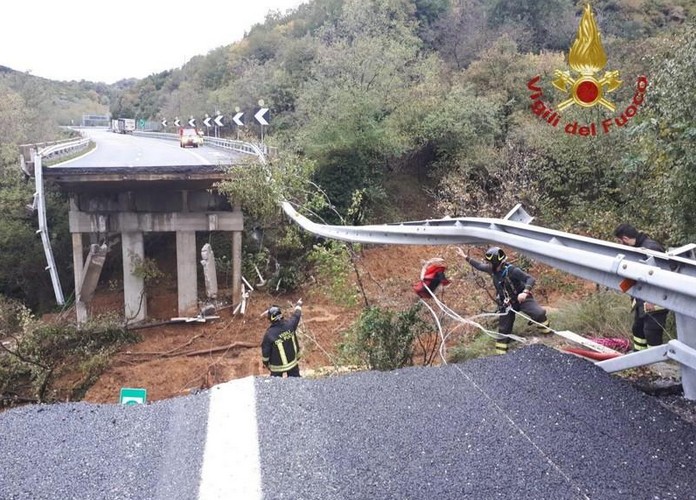 Flooding pounded Italy amid heavy rains over the weekend, leaving at least three dead and a stretch of elevated highway collapsed by a landslide. The weather has trapped travelers, downed trees and unleashing mudslides.

A 30-meter (100-foot) section of highway along a viaduct near the flooded Italian coastal city of Savona collapsed, leaving cars perched perilously on a precipice. 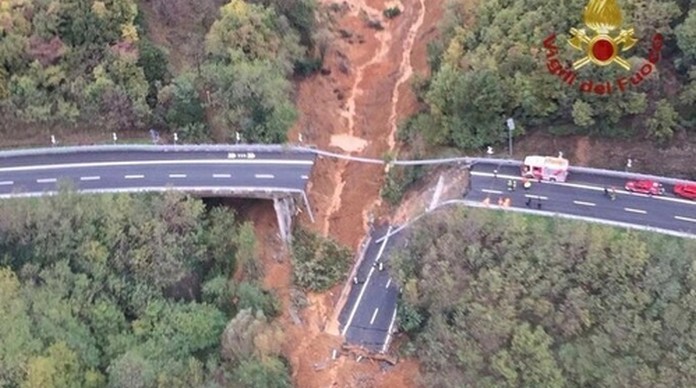 In an aerial video and photos taken by firefighters, cars and one truck could be seen stopped perilously close to the point where the raised part of the A6 highway plunged into a wooded area of the Liguria region.

A man from one of the cars closest to the precipice stood outside his vehicle, holding up his arms toward other traffic to make sure drivers stopped. Liguria Gov. said a landslide caused the collapse in a muddy, hilly area. Firefighters were using dogs to sniff out any possible victims. It wasn’t known if any vehicles might have plunged off the highway which is supported by pillars at that point.

The collapse was eerily reminiscent of the 2018 bridge tragedy in Genoa during a rainstorm that killed 43 people, when cars plunged into a dry riverbed below. 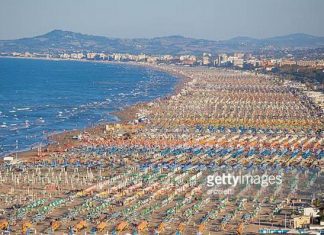