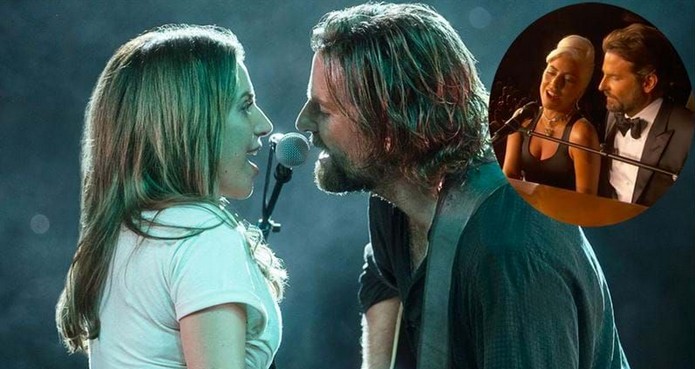 Lady Gaga and Bradley Cooper performed their A Star Is Born hit “Shallow” live together for the first time at the singer’s latest Enigma concert in Las Vegas.

Cooper, who co-starred in and directed the Best Picture nominated film, was in attendance, and Gaga had to coax him out of his seat for their debut live duet.
“So a really good friend of mine… I don’t know if you know him but his name is Bradley. He made that movie, umm, A Star Is Born,” Gaga told the audience as the “Shallow” chords played. “So I’m gonna be a little chance-y… Yo Bradley, you wanna come up and do this one?” With prodding from the enthusiastic crowd, a somewhat reluctant Cooper joined Gaga at her piano and, after some in-ear monitor problems – “Jackson Maine would never wear these,” he quipped of his Star Is Born character – seamlessly launched into “Shallow” as Gaga sat by his knees.