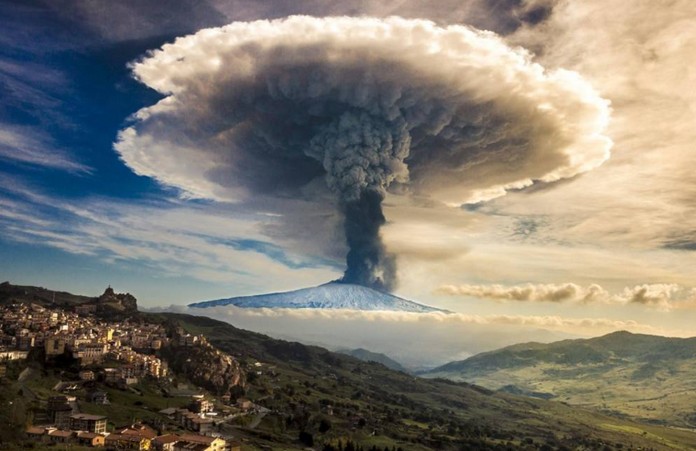 LAVA spews from the summit of Mount Etna, in southern Italy in dramatic images as a new wave of volcanic activity begins with multiple eruptions.

The images show bright orange lava spewing and large plumes of smoke as it started Strombolian activity and lava flows this week.
No evaucations have been immediatley reported for the towns of the volcano’s slopes. Italy’s National Institute of Geophysics and Vulcanology (INVG) said that even though activity has been consistent for the past few months it is now “awake”.

The INVG said: “In the late afternoon of 23 August, a sudden increase in the volcanic tremor amplitude announced the beginning of a weak explosive activity. “This activity has rapidly become almost continuous, with launches of incandescent lava bombs up to about 100-150 m above the crater.”.