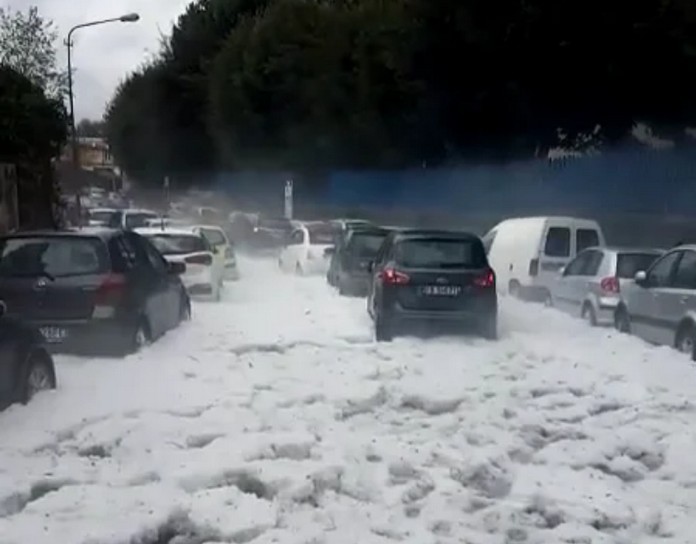 Devastating hailstorm hits the hospital area. The weather today in Naples resulted in the early afternoon a violent hailstorm in Fuorigrotta, paralyzing traffic.

In In the northern part of the city the rain fell torrentially with 64mm at Montedonzelli, 61mm at Villa Paradiso, 53mm at Camaldoli Santacroce, 43mm at Portici, 40mm at Soccavo, 38mm at Bosco di Capodimonte, 35mm at Marano.

In Fuorigrotta, in addition to the hailstorm that hit the Napolitan hospital area, a large tree fell in Via Porcelli, next to the headquarters of the Lega Filo d’Oro.
Fortunately, there were no injuries reported so far. 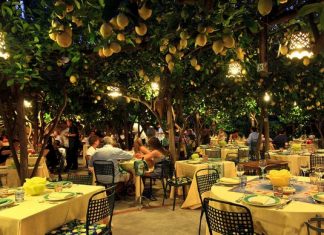 March 27, 2018
The best restaurant in Capri? Da Paolino, famous for its excellent food beneath Capri's fragrant lemon trees, is certainly close to being the favorite!