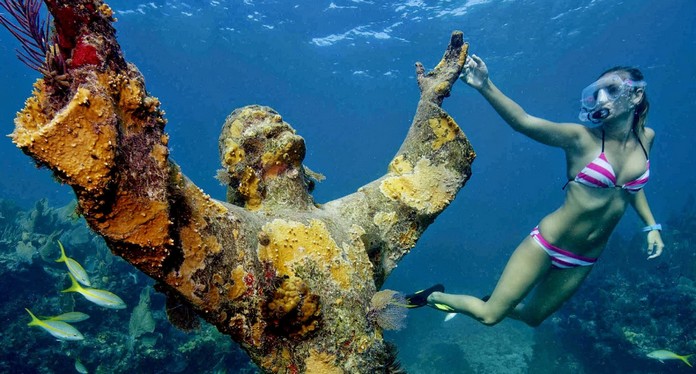 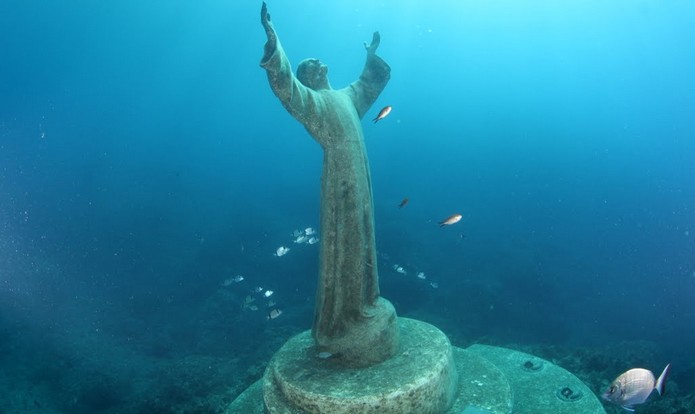 A very late evening Mass is held on the beach and a laurel crown is placed at the feet of the statue; the spot is also a popular destination for baptisms and weddings. 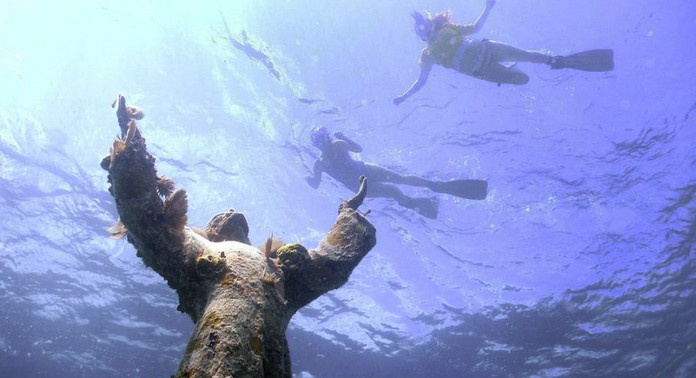 The bronze statue was crafted from melted down metal of ships, bells, and the medals of mariners, Olympic athletes, firefighters or soldiers who died in combat, ..theirs donated by their mothers; the statue is dedicated to those who have died at sea and protects those who emerge themselves in the Mediterranean waters.

The Christ of the Abyss is looking skyward with his arms raised offering peace and was recently restored and placed back in the water, having suffered corrosion, a crustacean invasion, and a broken hand from a ship’s anchor in the 50 years it had been underwater.

Top 10 Gorgeous Beaches to Swim with the Clearest Water in...